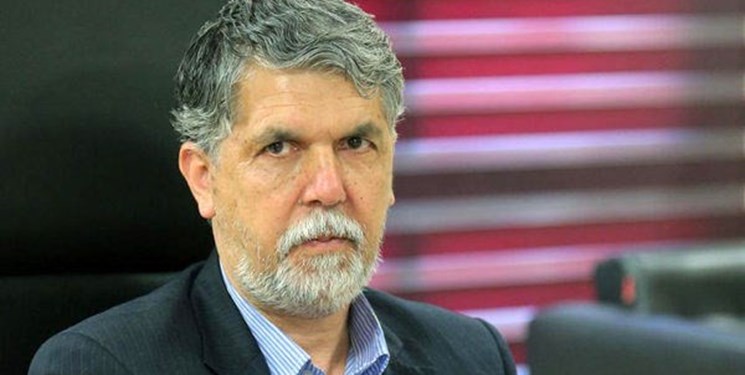 TEHRAN (FNA)- Iranian Culture Minister Abbas Salehi condemned the sacrilege of the holy Quran and Islam Prophet (PBUH) in certain European states, warning them not to play with Muslims' sentiments.

"Do not play with the gunpowder depot. Prophet Muhammad (PBUH) is not (only) a person or a religious leader. He is the identity of one and a half billion people," Salehi wrote on his twitter page.

Supporters of right-wing Danish politician Rasmus Paludan, who leads the anti-Islamic group, Tight Direction (Stram Kurs), burned a copy of Holy Qur’an in the Southern Swedish city of Malmo during an illegal gathering on August 28.

Also, on September 1, the ill-reputed French Magazine Charlie Hebdo also republished blasphemous cartoons of the Prophet of Islam on the eve of the trial of suspects in a deadly attack on the paper’s office five years ago.

People across the world and different cities of Iran are holding rallies to protest at the recent insulting moves against Islam Prophet Mohammad (PBUH) and the holy Quran in the European states, condemning French President Emanuel Macron for his support for the blasphemous acts.

University students, ordinary people and seminaries in the Central city of Qom gathered at one of the main squares, deploring the sacrilege of sanctities of Muslims.

They protested at the ill-reputed French Magazine Charlie Hebdo’s republishing the blasphemous cartoons of Prophet of Islam (PBUH) on the eve of the trial of suspects in a deadly attack on the paper’s office five years ago.

Also, a large number of people in the Northeastern city of Mashhad gathered in front of the Iranian foreign ministry’s office in the city, condemning the French magazine’s repetition of its blasphemous act.

They chanted “Death to the US”, “Death to France” as well as slogans against Macron.

University students in the capital also held a protest gathering in front of the French embassy at Neauphle-le-Château street in Tehran on Wednesday to show their anger at Macron’s support for sacrilege of Islam Prophet (PBUH) under the pretext of freedom of expression, while more rallies have been vowed for Thursday.

Calls for holding protest rallies on Thursday in other provinces and cities, including Tehran, Mazandaran, Yasouj and Hamedan, have also circulated in the social media against the insulting moves.

Supreme Leader of the Islamic Revolution Ayatollah Seyed Ali Khamenei in a statement on Tuesday condemned the blasphemous acts against the holy Quran and Great Prophet of Islam (PBUH), warning that they are aimed at derailing attention from the plots hatched by the US and the Zionists against the region.

“This move made at this point in time might also serve another motive; diverting the minds and attention of nations and governments in West Asia away from the evil schemes that the US and the Zionist regime have hatched for the region,” Ayatollah Khamenei said.

He described sacrilege of the holy Quran and Great Prophet of Islam (PBUH) as an “unforgivable sin”, saying that it showed again the enmity of the western political and cultural bodies against Islam and Muslims.

Ayatollah Khamenei also lambasted Macron and other French politicians for supporting the blasphemous acts, dismissing it as wrong and demagogic.