James Fetzer: US Admins Afraid of Losing Power by 9/11 Revelations 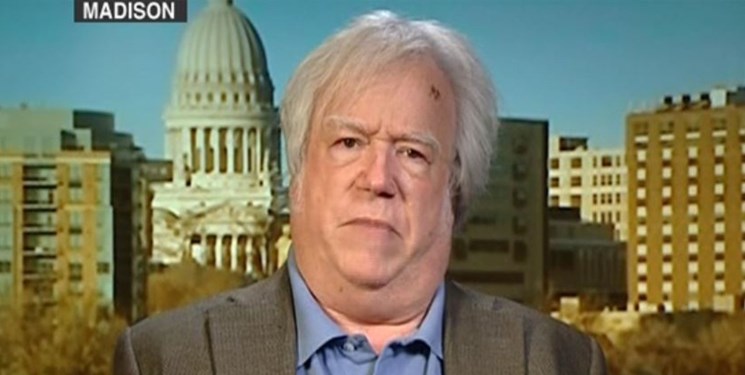 TEHRAN (FNA)- James Fetzer, former professor of the philosophy of science, says various US Administrations have been afraid of exposing truth about national traumatic events such as 9/11 which would cause them to lose their control over Americans.

Speaking in an interview with FNA, Professor Fetzer touched the origins of the September 11 attacks, and said, “It was an Israeli plan, which appears to have originated in the fertile imagination of Benjamin Netanyahu to devise a plan to draw the US into the Middle East to take out the modern Arab states that have served as a counter-balance to Israel's domination of the entire region.”

James Henry Fetzer is a former professor of the philosophy of science at the University of Minnesota Duluth. He has been active in publically calling for the truth behind the US major events, such as JFK assassination, 9/11 attacks and the Sandy Hook School shooting in 2012. He co-founded Scholars for 9/11 Truth which draw the conclusion that the United States and Israeli government, and Israeli Mossad Intelligence Service were involved in 9/11 attacks.

Q:  Some two decades after the 9/11 attacks, what are the difficulties of publicly revealing the truth about it?

A: Various administrations have made it their practice to deceive the American people about the true causes of some of our nation's most traumatic and consequential events. Thus, LBJ, who was the mastermind behind the assassination of JFK, gave us The Warren Report (1964). 9/11 was brought to us compliments of the CIA, the neocons in the Department of Defense, and the Mossad. Sandy Hook, the Boston bombing, Orlando, Charlottesville and more were Democrat-motivated events to promote gun control under Barack Obama, who nullified the Smith-Mundt Act of 1948 to legitimize the use of the same techniques of propaganda and disinformation within the US that were being used abroad. They fear exposing the truth about any of them would produce a loss of confidence in government and with it a loss of control.

Q: How do you believe 9/11 formed the US warmongering foreign policy?

A: 15 of the 19 alleged "Islamic terrorists" were from Saudi Arabia (of the best US allies now); none was from Afghanistan (on which the Bush Administration waged war based on September 11 attacks.) The Saudis appear to have played a role in financing 9/11, but it was an Israeli plan, which appears to have originated in the fertile imagination of Benjamin Netanyahu to devise a plan to draw the US into the Middle East to take out the modern Arab states that have served as a counter-balance to Israel's domination of the entire region and eventually to confront the Persian nation of Iran (where Wesley Clark revealed the plan during his speech at the Commonwealth Club in San Francisco, CA, in 2007.) The attempt to topple nation after nation was successful up to intervention in Syria, where Russia and Iran came to its assistance at the request of Bashar al-Assad, the democratically elected President of Syria. Americans are so ignorant that, to this day most still believe we were there to bring democracy to Syria.

Q: How do you believe the US foreign relations play a role in keeping 9/11 truth undercover?

A: The US Congress, like the Golan Heights, is Israeli occupied territory. Cynthia McKinney explained in 2011 on Press TV that candidates for Congress are asked to sign "the pledge" to put the interests of Israel ahead even of those of the United States. Those who refuse--who are few in number--find their financial contributions disappear or that, should they succeed in spite of it, that they are confronted with a well-financed alternative candidate next time around or that the district has been redrawn and they no longer have a seat. Israel has been so successful infiltrating the mass media that I have a panel of 100 executives from CNN, all of whom are US/Israel dual-citizens; another 100 from NBC and a third from The New York Times. Most Americans have no idea of the dominance of AIPAC on Congress.