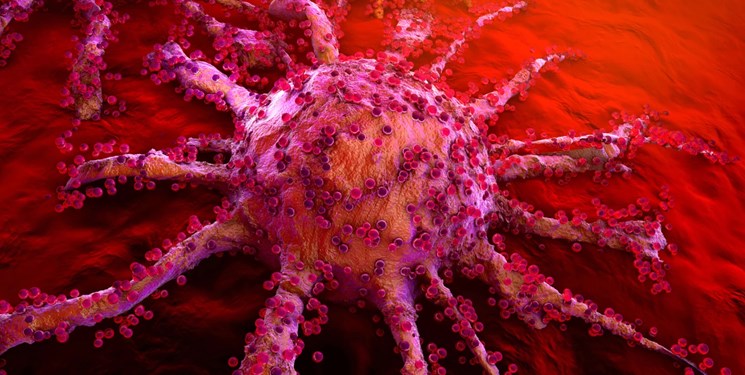 TEHRAN (FNA)- Gold has shown promise in fighting cancer in many studies, and now researchers have found a way to grow gold nanoparticles inside cancer cells within 30 minutes. From there, the gold can help with imaging and even be heated up to kill the tumors.

In previous work, gold nanostars, nanotubes and other nanoparticle structures have been sent into battle against cancer, but one of the main hurdles is getting the stuff inside the tumors. Sometimes they’re equipped with peptides that hunt down cancer, while others sneak in attached to white blood cells.

For this new study, researchers instead found a way to grow the gold directly inside the cancer cells. The advantage is that it doesn’t require as high a concentration of gold in the cell, and it can be done much quicker than other methods.

The team used polyethylene glycol (PEG) as a delivery vector for ionic gold, which is essentially gold salts dissolved in a liquid. When this is introduced to the cancer, the acidic cellular microenvironment converts the gold from its ionic form into plasmonic gold nanoparticles. The team says this happens in as little as 30 minutes, making it much faster than other treatments which can take 24 hours or more.

“We have developed a unique system where gold nanoparticles are reduced by cellular biomolecules and those are able to retain their functionality, including the capacity to guide the remaining cluster to the nucleus,” says Dipanjan Pan, corresponding author of the study.

In tests on mice, the researchers took the process a step further. They first grew gold nanoparticles inside tumors of living mice, then hit them with lasers to heat them up, killing the cancer cells. This method has been demonstrated in the past, but the gold isn’t usually grown inside the cells themselves.