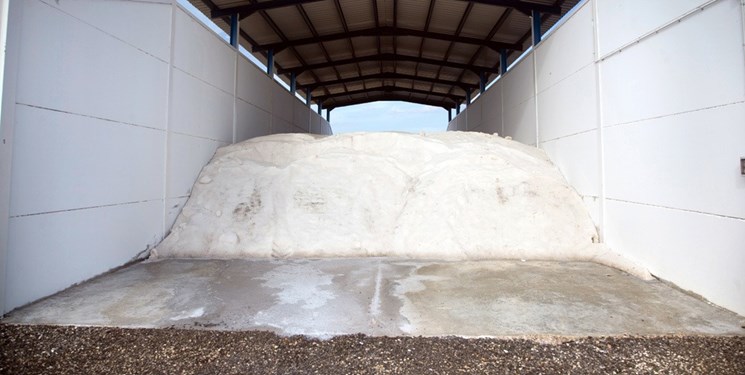 “Our objective was studying the synergy of the two processes of capacitive deionization and advanced oxidation in order to simultaneously remove salt and organic pollutants from water,” said Mojtaba Ebrahimian Mashhadi, a graduate of Amirkabir University of Technology and executor of the project named ‘study of simultaneous application of capacitive deionization (CDI) and UV oxidation processes for desalination and treatment of saline effluent’.

He added that the research has been conducted for the first time in the world.

“In this research, first, the optimal operating conditions in the desalination process of saline water were obtained; then we tried to measure the level of removal of organic contaminants along with salt from the water in these optimal conditions. Eventually, this method could remove more than 50% of salt and 70% of organic pollutants from water,” Ebrahimian Mashhadi said.

He elaborated on the results of the project, and said, "The results of tests showed that the combination of these two processes can be a way to treat salt-contaminated effluents and organic pollutants, and this study, as the first research in this field, provided promising results."

In a relevant development in April, Iranian experts for the first time produced a high-pressure pump for seawater desalination system through reverse osmosis method.

Iran's engineers made the breakthrough by relying on their domestic achievements as the the committee on developing water technology, drought, erosion, and environment of Vice President's Office for Science and Technology had put on the agenda making the pump.

Now, this product is manufactured domestically under Iran’s brand.

In addition to meeting one of the basic needs of the infrastructural industries of the country, it has ended dependence on foreign countries.

Head of the project Ali Rahimian said the product can compete with European versions in terms of quality and efficiency.

Thanks to its special technologies, this pump can be used in seawater desalination systems with a total impurity of 70,000 ppm and an output pressure range of up to 70 bar and a capacity of 10,000 cubic meters of fresh water per day, he noted.

The high-pressure pump system will be used by drinkable water suppliers, agricultural sector, industries like steel, mine, oil and gas, and petrochemical.