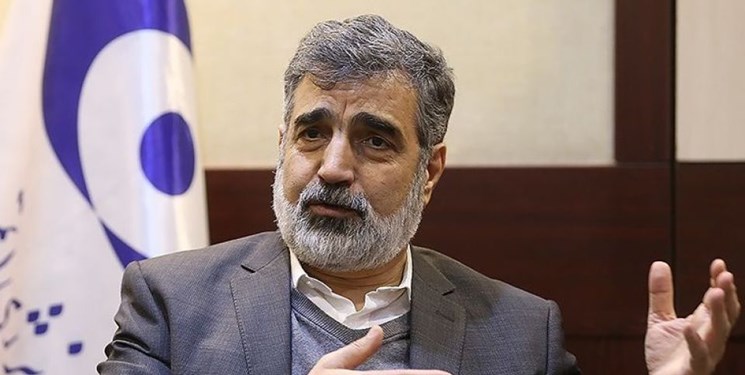 TEHRAN (FNA)- Spokesman of the Atomic Energy Organization of Iran (AEOI) Behrouz Kamalvandi, whose name has recently been included in the US list of sanctioned Iranian officials, said that such measures indicate Washington’s despair and are ineffective.

“Such measures are out of despair and will leave no effect on the AEOI’s activities,” Kamalvandi told FNA on Tuesday.

He added that given their repeated political failures against Iran on the international scene, the US statespersons are after changing the media atmosphere resulting from these setbacks.

“The AEOI will powerfully continue its activities in line with the Iranian nation’s rights to use the peaceful nuclear technology,” Kamalvandi said.

US President Donald Trump signed an executive order Monday, authorizing new sanctions on Iranian officials and entities, and those that buy or sell arms to Tehran.

The rest of the world does not consider those UN sanctions in place, but part of Trump's cabinet assembled Monday to assert that the US will enforce them.

The move has been rejected by the United Nations and US allies, like France, Germany and Britain, and adversaries, such as China and Russia -- who all remain part of the Iran nuclear deal -- setting up a showdown for when a UN embargo on conventional weapons expires next month.

Monday's announcement targeted 27 Iranian officials and entities, as well as Venezuela's Nicolas Maduro -- already heavily sanctioned. The UN arms embargo doesn't lift until Oct. 18, when Russian and Chinese companies, among others, are expected to start conventional arms sales with Tehran.

Laying the groundwork for sanctioning those pending sales, the Trump administration announced sanctions on Iran's defense ministry and its Defense Industries Organization, a government agency that procures weapons for its armed forces, and its director.

Iranian Foreign Minister Mohammad Javad Zarif dismissed the new sanctions as "nothing new" during an event with the Council on Foreign Relations Monday.

"I don't think that's anything new, and I don't think it will have any more significant impact on on Iran," he said. 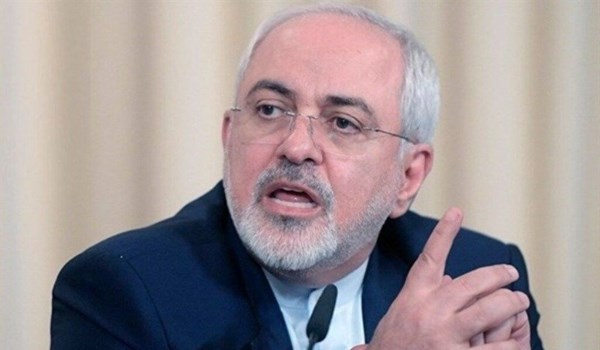 Under existing authorities, the State and Treasury Departments also sanctioned six officials and three state-owned firms for their role in Iran's nuclear program, while the Commerce Department is also blacklisting five Iranian scientists from receiving US exports.

Iranian President Hassan Rouhani on Sunday warned of his state's firm response to any US effort to reinstate the UN Security Council sanctions against Tehran.

“The US failed in forming a coalition against us and it made every attempt in the past month to stand against the removal of arms trade ban on Iran,” Rouhani said, addressing a cabinet meeting in Tehran.

“The UN Security Council’s indifference to the US was the best method,” he added.

Rouhani said Iran has always underlined that the only way to speak with the Iranian nation is the language of respect, and added, “As Iran's president, I declare that if the US resorts to bullying and repeats its wrong words that it has reinstated the sanctions, words that no one accepts, and then takes practical steps, it will certainly face our firm response.”

He said that Iran has never surrendered to the US bullying and will continue its present path and course of action. 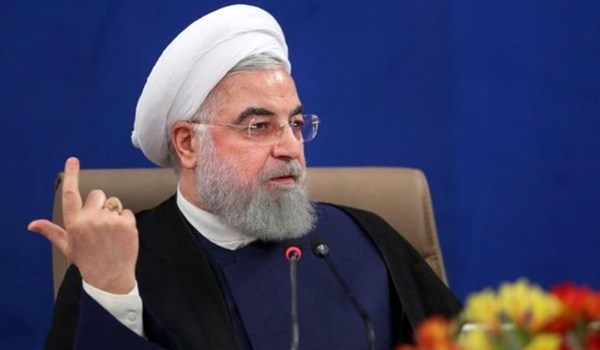 President Rouhani also addressed the G4+1 (Russia, China, Britain, France and Germany), and said if they comply with their undertakings as envisaged in the Joint Comprehensive Plan of Action, Iran will also fully return to its nuclear deal undertakings.

“The Islamic Republic of Iran will not unilaterally comply with any agreement whose balance has been disturbed,” he said.

In relevant remarks on Sunday, Iranian Ambassador to the UN Majid Takht-e Ravanchi said the US claim about restoration of the UNSC bans on his country based on the self-styled “snapback” mechanism is null and void, and urged the UN and Security Council to prevent such move.

"Given that the stated objective of the United States is to completely ruin the Joint Comprehensive Plan of Action and to that end, its strategy is to create legal complication through presenting unilateral arbitrary interpretations and pseudo-legal arguments,” he wrote, and added, “The Islamic Republic of Iran trusts that the members of the Security Council will, once again, reject the United States' continued attempt to abuse the Security Council's process, thus undermining the authority and credibility of the Council and the United Nations."

Iran’s envoy also wrote on his Twitter page that the UNSC member states still believe that the US is not a JCPOA participant, so Washington’s "snapback" claim is null & void.

Takht-e Ravanchi added that the US has not given up violating the JCPOA and UN Security Council Resolution 2231, warning that this will cause more isolation for Washington in the world.

Also, Chairman of the Iranian Parliament’s National Security and Foreign Policy Commission Mojtaba Zonnouri warned that if the removed UN sanctions against his country are returned, Iran will reciprocate by stopping all its cooperation with the International Atomic Energy Agency (IAEA) envisaged in the nuclear deal.

“If the US activates the trigger mechanism and be able to implement what it says and the EU and other countries' behavior towards Iran is influenced by the mechanism, naturally we will stop the Agency’s monitoring activities enshrined under the nuclear deal and will abandon all limitations posed to our peaceful nuclear activities under the nuclear deal,” Zonnouri told FNA on Saturday.

“If the US bullying leads to the implementation of the trigger mechanism, we will return to the conditions of the pre-nuclear deal era,” he warned.

Zonnouri said that a triple-urgency plan by the parliament will require the government to remove all limitations on the nuclear fuel cycle and enrich uranium to the level the country needs (which now stands at 20% level).

Meantime, last Thursday, Zarif said the US is not a participant to the Joint Comprehensive Plan of Action (JCPOA), and urged American Secretary of State Mike Pompeo to read UNSC Resolution 2231.

Zarif wrote on his Twitter page that Pompeo is still wrong, urging him to read UN Security Council 2231.

He reminded that "Bolton, who convinced the boss to order you to cease US participation” even acknowledged that the process is not "simple", automatic or snappy. But intentionally "complex & lengthy" and that the US is not a participant.

Another Iranian MP had also on Tuesday declared preparation of the parliament to approve the triple-urgency bill to take measures against activation of trigger mechanism.

“The Europeans are playing a hypocritical game about the US attempts to activate the trigger mechanism and their declared policies are different from what they do,” Nasrollah Pejmanfar said, addressing an open session of the parliament.

He noted that the parliament should study the bad cop and good cop game launched by the US and the Europeans against Iran more thoroughly.

“The parliament has prepared a triple-urgency bill in this regard to adopt appropriate actions against the Europeans and Americans’ mischievous collaboration,” Pejmanfar said.

Pompeo claimed that Washington delivered a letter to the UN for snapback invocation against Iran to bring back sanctions in 30 days.

Commenting on restoration of sanctions against Iran, Pompeo added, "We are confident that the trigger mechanism will be implemented against Iran".

This is while, France, Germany and the United Kingdom (E3) announced in a statement that they will not support the US snapback mechanism which is incompatible with the current efforts to support JCPOA.

Now the US has stepped up attempts aimed at extending the UN arms ban on Iran that is set to expire as part of the Joint Comprehensive Plan of Action (JCPOA), which has been endorsed by Security Council Resolution 2231.

The United Nations Security Council resoundingly rejected last month the second US bid to extend an arms embargo on Iran, which is due to expire in October.

Iran had said that the US resolution would fail to gain the required support at the Security Council, pointing out that Washington has no legal right to invoke a snapback mechanism to reinstate sanctions against Tehran under the 2015 nuclear deal that the US unilaterally left in May 2018.