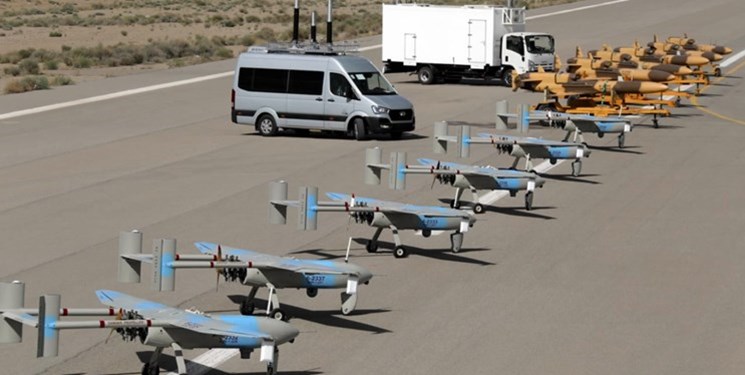 The ceremony to deliver 188 drones and helicopters was held in the presence of IRGC Top Commander Major General Hossein Salami and IRGC Navy Commander Rear Admiral Alireza Tangsiri in the Southern port city of Bandar Abbas.

Addressing the ceremony, Rear Admiral Tangsiri said that taking battlefield imaging as a tool to destroy fixed and mobile marine targets and monitor all moves in the sea are among the capabilities of the drones.

“Mohajer 6 with high precision in the sea and coast is another drone which joined the IRGC Navy this morning. The drone enjoys high flight range in radius, can carry 4 missiles and is able to carry out missions in all weather conditions.” 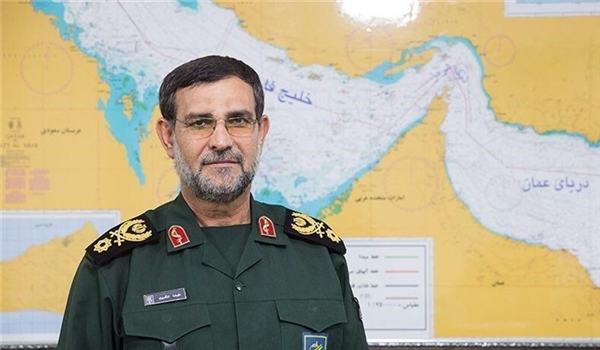 He added that two water-landing helicopters and 4 other helicopters with combat capabilities which carry missiles were also delivered to the IRGC Navy.

Elsewhere, he referred to the termination of arms sanctions against Tehran in October, and said the country has plans for cooperation with other states after embargoes are anulled and after it can also export its military products.

“We will certainly supply anything needed inside to strengthen the country’s deterrence power and we will not wait for the removal or extension of the sanctions,” General Khajeh Fard said.

Iran has made giant advancements in aerospace industries, specially in designing and manufacturing pilotless drones in the recent decade.

Secretary of Iran's Aviation and Space Industries Association Hamed Saeedi announced in 2018 that his country stood among the top 10 countries which have made huge progress in building drones.

"The Islamic Republic of Iran is among the top 10 world states in the field of drones," Saeedi said.

He underlined Iran's rapid progress in producing different types of drones, and expressed confidence that the country would attain a better position in this area in future.

At the initiative taken by the knowledge-based companies, Iran’s Army has managed to attain self-sufficiency in the field of manufacturing of drones, he added.