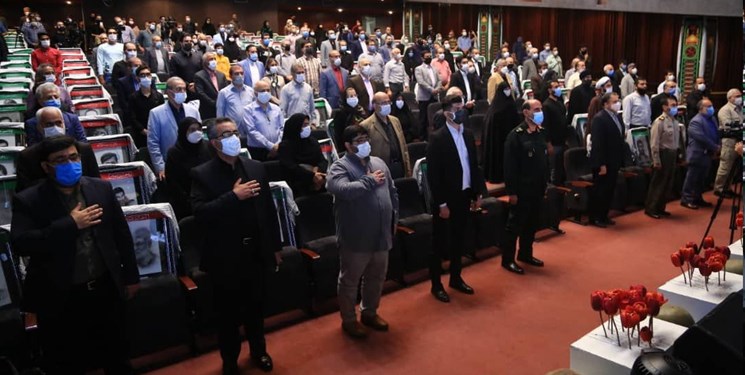 Addressing the ceremony, Deputy Commander of Iran's Basij (Volunteer Force) Brigadier General Mohammad Hossein Sepehr described Sacred Defense as one of the most important issues in the past 200 years.

He added that the treasure of the Sacred Defence has come to us, hence we and all the nations of the freedom-seeking nations can utilize this treasure and announce its message to the whole world.

"We must convey the cultural and artistic message of the Islamic Revolution and resistance to all the world. We must build the best cultural works in the Islamic Republic and our cinema must be the language of resistance, epic and sacrifice of martyrs" Commander Sepehr added.

"We have stood in front of the world with empty hands and no incident in the last two hundred years has been more important than the years of Sacred Defence, he concluded.

In the meantime, Azimi said the event has been highly welcomed by a huge number of Iranian artists and audiences.

He also hailed the martyrs who have sacrificed their lives for safeguarding the Islamic Revolution.

Azimi also urged the officials to do their best for forging unity in the country and safeguarding the Islamic Revolution.