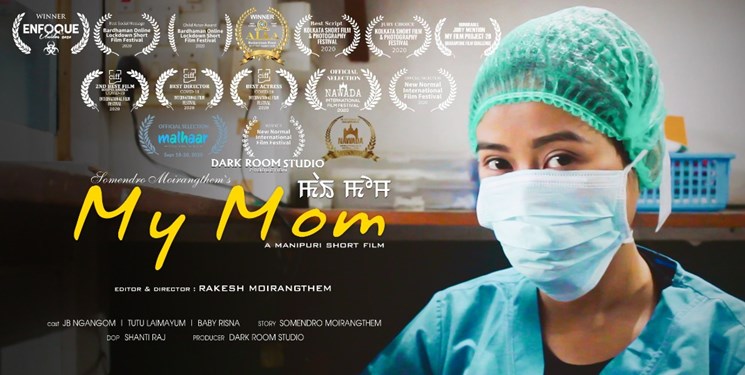 TEHRAN (FNA)- Some 145 Indian films have been submitted to the 16th Resistance International Film Festival which is currently underway in Tehran.

At least 10 films have been entered into the Heath Defender section of the festival.

The films which are slated to compete in this section are as follows:

Talking to the festival's reporter, Rakesh Moirangthem from India said his short film which has been submitted to this international cinematic event is " My Mom ".

He added his film narrates a short story about a Nurse, who is at the Frontline of treating COVID-19 patients and fighting courageously amidst this nationwide lockdown.

"It is our duty to love, support, and salute these "Corona Warriors".," he added.

"During the pandemic situation of COVID-19 all the nurses and doctors who are working as a front line away from home as I had heard it from newspaper and electronic media, then some ideas come to me as I also need to encourage their activities throughout visualization," he added.

"So, I had made contact with my student and made a plan to take the shooting at their respective homes," Moirangthem added.

He said during this pandemic all the doctors and nurses are facing a lot of problems towards their infected patients and while returning to their respective homes local communities are disturbing and discriminating against them and not even allowed to back homes till this lockdown ends. So I feel very much depressed and I think it is time to give some awareness to the public and to encourage all the front lines.

He said my most embarrassing moment is that I had to prepare for this shooting without crew members, makeup, lights etc... I just went with my cameraman and started the shooting at their respective House's at what was available there.

"Before the pandemic of COVID-19 I had some unfinished Manipuri Feature Films along with some new projects which were directed by me and I had taken a step to make further projects with the SOP given by the Government," Moirangthem said.

Moirangthem is from Manipur, India. He completed Senior Secondary in art and 2D Animation Diploma Course before eventually finding his way to the film. Having to work in different capacities as asst. editor, asst. director, Editor & Director. He has truly experienced almost all aspects of film making. Rakesh Moirangthem donned the director's hat and made many Tele Films, Documentary and digital feature films.