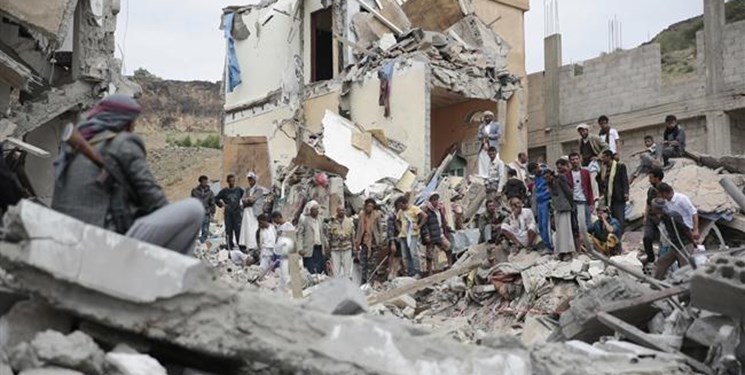 TEHRAN (FNA)- According to the United Nations and its agencies, the "distressing" situation in Yemen is a result of choices made by "powerful countries and powerful people".

As well, deciding not to fund the relief operation has been "one of the worst choices" made this year.

The country has been devastated by a conflict led by Saudi Arabia and its regional and trans-regional allies since 2015. The criminal campaign is backed by the US and the United Arab Emirates.

The crisis has worsened due to coronavirus, with the UN saying more than 20 million people require urgent humanitarian assistance because of the ongoing conflict - almost half of them children.

The UN under secretary general for humanitarian affairs and emergency relief co-ordinator has said the situation in Yemen is "very distressing and upsetting", and one which is "very important" for the world to see.

In the past, relief efforts have helped avoid suffering and death. However, without these in place, the UN says "half the people we were reaching, we're barely able to give any food to anymore".

This has led to the closure of remaining clinics and water stations. Saudi Arabia and its allies lie to their teeth when they claim they have pledged a lot of money. The UN says “they have paid almost nothing", adding that "every country actually needs to step up to do more".

This is to say, those who turned Yemen into a failed state will never turn the corner, let alone save all of those millions of civilians in this man-made tragedy, a crisis in which the UN is unable to bring the invading Saudi-led coalition and its proxy militants to heel.

The UN has also failed to bring to account the Saudis and allies who started the illegal war in the first place. The threat of famine and the reality of malnutrition is daily life in Yemen today and it is preventable, and that's what makes this an absolute disaster.

The UN needs to fulfil its responsibilities, and that includes securing a ceasefire and ending the war, as hundreds of thousands of people are at risk of dying simply from starvation in the blockaded country.

The UN also needs to bring the extras to justice, as the US and others are still supporting the Saudi airstrikes. Together, they have devastated the country’s civilian infrastructure and they are in no mood to say enough is enough as long as they can sell more weapons to the Saudis.

President Trump himself has made that abundantly clear that he has every intention to “save” de facto Saudi ruler Mohammed bin Salman, be it after destroying Yemen or after the assassination and dismemberment of Washington Post writer Jamal Khashoggi.

Not only is this shocking, but the general US cultivation of despotic Saudi Arabia for the sake of oil purchases and weapons sales is against international law in today’s world. Put simply, it makes the US complicit in Saudi crimes.

Since 2015, the United States has provided material support and diplomatic cover for the Saudi slaughter of civilians in Yemen, the poorest Arab state. Trump also vetoed a bipartisan congressional resolution that attempted to terminate such US support.

As long as this is the case, the Saudis will continue to sell the US oil from their substantial reserves in exchange for American diplomatic protection of their country at the UN.

This perfectly explains why the US continues to support Riyadh’s reckless behaviour in Yemen and across the region. This coddling of Saudi Arabia is a crime against humanity and US support for the medieval regime has gone way beyond the fundamental norms of international law and the UN Charter.

Unless the UN takes decisive actions now, the Americans and other partners in crime would see no reason not to continue supporting the needless killing of civilians in the Saudi war on Yemen.