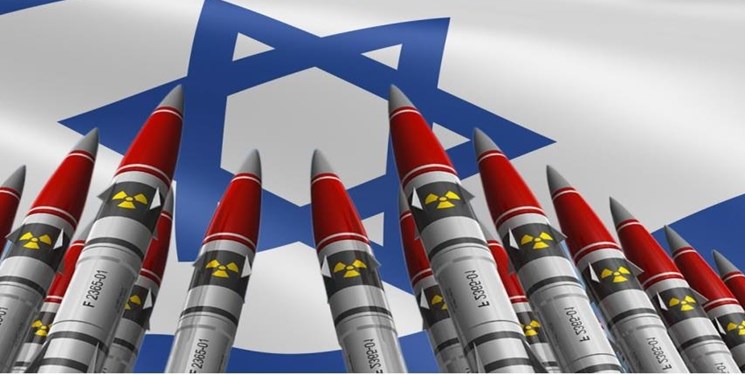 TEHRAN (FNA)- The Iranian Foreign Ministry said that the Israeli nuclear warheads pose the biggest threat to the regional peace and security, and called on nations to strive for a world devoid of nuclear weapons.

The ministry wrote on its Twitter account on Saturday that the Israeli nuclear stockpiles are the most serious threat for peace and security in the region, urging the responsible nations to remove the threat through closing ranks against the regime.

3/ Also in our region, the Israeli Regime with its 10s of nukes remains the biggest threat to peace & security & - supported by the U.S. – prevents the ME to become a NWFZ. Responsible nations should stand for a Nuke-Free-World. pic.twitter.com/r1Lrck9TWx

On another Twitter page, also, Iran’s Foreign Ministry underlined the need to eliminate all nuclear weapons from planet earth, regretting the US recalcitrance of global treaties which paves the way for more nuclear race.

2/ The Int'l Day for the total elimination of #NuclearWeapons is an opportunity to re-express our total rejection of all kinds of WMDs. Unfortunately, the U.S. regime’s disregard for int’l treaties & its plans to produce new nukes, has brought the world closer to a new arms race. pic.twitter.com/GXLgzKcKwp

In relevant remarks last week, Iranian Ambassador and Permanent Representative to Vienna-Based International Organization Kazzem Qaribabadi said West Asia and the entire world is being threatened by nuclear weapons of the Israeli regime, stressing the need to force the regime to join the Nuclear Nonproliferation Treaty (NPT).

"All countries in West Asia, except the Israeli regime, are members of the NPT and have pledged to accept the IAEA's comprehensive safeguards. Therefore, the regime's covert acquisition of nuclear weapons is a serious threat to the security and stability of the region and the world." Qaribabadi said in the Quarterly meeting of the Board of Governors of the International Atomic Energy Agency (IAEA) on Thursday evening.

"We strongly believe that by ignoring legitimate regional and international concerns about the Israeli regime's refusal to adhere to the NPT, it and its supporters are deliberately violating all international norms and regulations," the ambassador said.

"Among those outside the treaty [NPT], some have made their accession conditional on the creation of a 'special atmosphere' and others are reluctant to do so because of the threat posed by nuclear weapons states," he added.

"Undoubtedly, after the failure to agree on the final outcome of the Non-Proliferation Treaty Review Conference in 2015, simply because of the three countries' protest in support of a non-NPT member, the NPT Review Conference in 2021 will be a strong milestone for the world community to see if multilateralism is still effective in the field of arms control and disarmament," the envoy noted.

"We believe that ignoring such an important issue directly affects regional and international peace and stability and undermines the validity and sustainability of the current disarmament and arms control structure, including the IAEA and the safeguards regime," Qaribabadi further stated.

"That's why we emphasize that ignoring the review of the status of the nuclear facilities and the activities of the Israeli regime, especially in the absence of IAEA safeguards, is a very dangerous step," he went on to say.

"The immediate and unconditional accession of the Israeli regime to the NPT and the placement of all its nuclear materials, activities and facilities under the Agency's comprehensive safeguards are necessary steps to alleviate the current nuclear crisis in West Asia," Qaribabadi added.

"The Agency should not be influenced by political considerations in this regard and should not, on behalf of one of the parties in the region, describe the political situation in the region in its reports," he stressed.