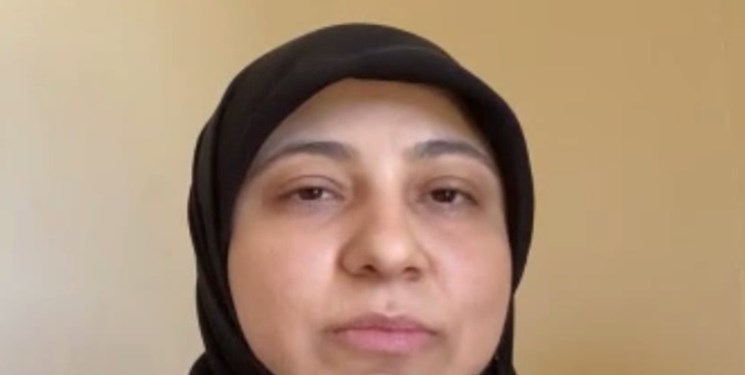 TEHRAN (FNA)- Mariam Saleh, journalist and political commentator, says when French president visited Beirut after the port explosion, he called for national reforms and changes in the cabinet, committing an act of violation of Lebanon’s sovereignty.

Speaking in an interview with FNA, Mariam Saleh said, “When we see how France speaks about how Lebanon needs reform, how the government needs to do things and puts conditions, it seems they are not talking just from their own viewpoint, but also talking as the spokesperson for the US Administration. They are issues we hear so much from the US ambassadors and Secretary of State’s advisors and assistants coming to Beirut on and off.”

Mariam Saleh is a Beirut-based journalist and political commentator. She also teaches at the Lebanese State University, where she completed her Master’s Degree in Political Discourse Analysis and BA in English Literature.

Q: How do you view the reaction by France to the Beirut explosion?

A: We need to review the historic background of this issue. Lebanon was a French colony after the World War II and that was mainly the result of the Sykes–Picot accord which also led to creation of Israel and division of the Arab world into different states. France tends to always come to Lebanon as if it is still a French colony, or as a Francophonie country. So, basically we still have this intervention which continues.

This huge explosion was a tragic catastrophe that hurt a lot of people of all sides and all religions. All of Lebanon expected that there would be assistance from all over the world, and they welcomed the assistance and aid in all forms from all countries, except Israel. One of those main and first countries to deliver assistance was France. But, as we saw the visit of the French President Emmanuel Macron, he talked about reforms and how Lebanon needs to change. Even when it comes to assistance, he said he will not give it to the government. However, that is also many folds, as when we talk about the past governments, there was always the issue of corruption and theft, which led to the theft of the assistance.

Q: Do you think France’s reaction was appropriate to a sovereign country, namely Lebanon?

A: Lebanon now is quite different from the past. First of all, we have a group like Hezbollah that is very much active in the political scale and they are recognized by France as the major player. They are a part of political factions and that was obviously reflected in the meeting between Macron and the member of the Parliament, Mohammad Raad who is the head of the Hezbollah’s block, the Loyalty to Resistance. They met not only in a round table with other MPs from other factions, but also we were told that Mohammad Raad met individually with Macron. Of course, he spoke with Macron about Hezbollah’s standards. This is a change in the foreign policy of France.

But, there are some factions which are every much antagonistic to Hezbollah, the resistance movement and President Michel Auon, who is one of the main Christian figures who is allied with the resistance inside Lebanon. In his visit, Emmanuel Macron talked with those factions who spoke as if they want to remove people from power, and then bring themselves into power. We did not see any sorts of positive reaction to them from Macron.

I think France has probably noticed the change in Lebanon, because during the civil war inside Lebanon from 1975 to 1991, and the Israeli invasion of Lebanon and the capital Beirut in 1982, French troops were in Lebanon as so-called multi-national peacekeeping forces. Of course, that was considered by some people as an occupation, as a force which was there to support the Israeli invasion, and even keep the civil war going on. They did not do anything to stop that civil war during that time. After the explosion, we saw that there were warships coming into Beirut, and the French Minister of Defense coming in; but, they seem to be talking in a different language. Now they are talking about the humanitarian and social assistance. We hear it from Hezbollah’s Secretary General, Seyyed Hassan Nasrallah, that simplifies things by saying that it is not something that we need to talk about now, because it seems that there is a different objective. But, if the objective changes, of course Hezbollah is ready to face any of that sort of intervention which is not allowed against the sovereignty. Hezbollah now has allied with other groups and formed the majority of the Lebanese Parliament, which is very significant. Therefore, they are very much influential in the political sphere.

Q: Do you believe France’s reaction represents Western stance towards the Beirut Explosion?

A: France and the US tried first to put the blame of the port explosion first of all on Hezbollah; but, later on this issue seemed to die down. Because they had hoped that this issue would change the political image of Lebanon, but it was not helpful, nor successful. Now we do have a French role. As it was the case in most of his remarks, Macron’s speech was not humanitarian. There were many talks about reforms and national coalition cabinet which is something we heard a lot from France; while we did not hear it from the other countries except the US. When we see how France speaks about how Lebanon needs reform, how the government needs to do things and puts conditions, it seems they are not talking just from their own viewpoint, but also talking as the spokesperson for the US Administration. They are issues we hear so much from the US ambassadors and Secretary of State’s advisors and assistants coming to Beirut on and off.