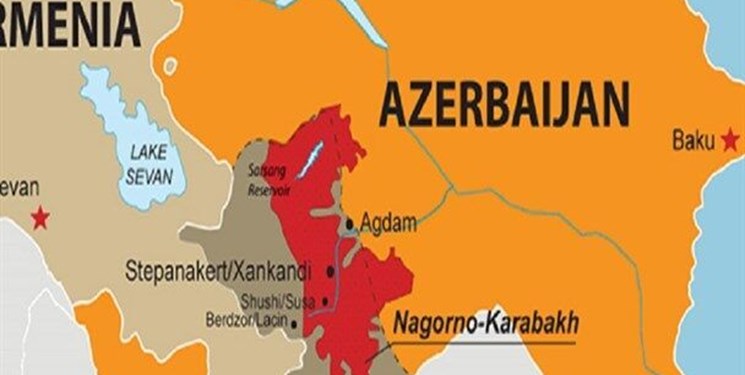 TEHRAN (FNA)- The Iranian embassy in Baku in a statement deplored civilians casualties during the clashes between the two neighboring countries of Azerbaijan and Armenia.

“The office of the Republic of Azerbaijan’ prosecutor general reported that as of the morning of October 3, 19 innocent people have been killed, 63 wounded and 44 civilian places and facilities as well as 181 houses have been destroyed,” the statement said on Sunday.

The Embassy of the Islamic Republic of Iran in the Republic of Azerbaijan emphasized the need for respect for human rights and international humanitarian laws, recalling the international norms, principles and rules of the armed conflict, including the Geneva Conventions (1949) and its Additional Protocols (1977) and in particular The Fourth Geneva Convention on the Protection of Civilian Persons.

“The Iranian embassy strongly condemns any violation of the rights of innocent people and the killing and wounding of civilians, as well as the destruction and damage to civilian premises, facilities and properties, and extends its condolences to the bereaved families,” the statement concluded.

Clashes in the contested region of Nagorno-Karabakh broke out last Sunday morning, with each side accusing the other of sparking the hostilities.

The conflict first began over three decades ago, in 1988, when radical nationalist sentiments in both Armenia and Azerbaijan unleashed by Soviet leader Mikhail Gorbachev's perestroika and glasnost reforms prompted authorities in the majority ethnic Armenian Nagorno-Karabakh autonomous region within the Azerbaijani Soviet Republic to try to secede and join Armenia proper. Baku attempted to prevent this, and in late 1991 abolished the region's autonomous status. Between 1992 and 1994, Armenian and Azeri forces waged a full-scale war for the region, with the conflict killing as many as 42,000 soldiers, militiamen and civilians, and displacing over a million Armenians and Azerbaijanis, both within Nagorno-Karabakh and in other areas of both countries.