IRGC Deputy Commander: Any War in Region Entails Annihilation of US 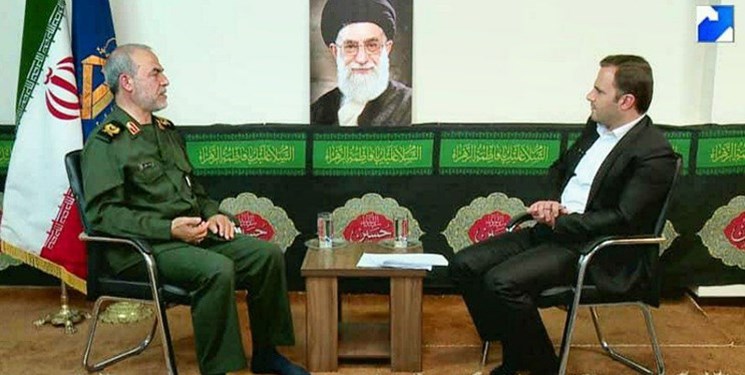 “The Americans threaten that they will attack Hashd al-Shaabi’s units and bases, and I believe Hashd has shown nobility and self-restraint" in reaction to the US so far, General Javani said in an interview with the Arabic-language al-Ittijah news website on Tuesday, and warned if Iraqi popular forces decide to open war on the US, everyone should wait for new scenes and results.

“The Americans should not forget how their military men were pampered not to face problem,” he said sarcastically, after reports by IRGC top commanders said two years ago that the US soldiers had left huge stockpiles of pampers in some evecuated bases and bunkers.

General Javani said the security agreement with Iraq meant to open up a face saving way for the US to escape the country, and noted that the reactions and results that followed the arrest of Hashd al-Shaabi members some while ago has a lot to say.

General Javani said that the Americans have failed in all wars that they entered and do not see themselves in a situation to confront the Islamic Republic of Iran and the Iranian nation in a war, noting that the US recent deployment of warships in the Persian Gulf under a media hype implies their fear of Iran.

In relevant remarks last Tuesday, IRGC Top Commander Major General Hossein Salami said that the US has now been isolated in the world and is withdrawing from the region.

Also, in June, General Salami referred to the protest rallies across the US, saying that Washington's power is decreasing earlier than expected.

"Today, we are witnessing the early and rapid decline of our big enemies, specially the US," General Salami said.

He added that while the US was able to conceal its real face before the public opinion in recent years, today its crimes have been disclosed in a way that the American people, themselves, set fire at the US flag.

"All symbols used by the US to introduce itself and display an unreal face to the world are now collapsing and the US is tearing apart the image that it had created for itself," General Salami said.