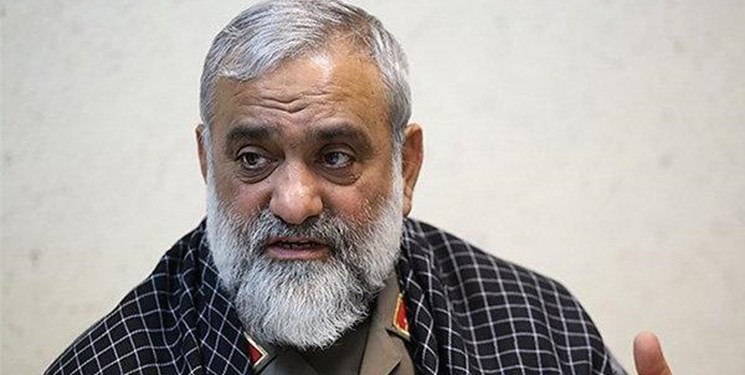 TEHRAN (FNA)- Islamic Revolution Guards Corps (IRGC) Deputy Commander for Coordination Brigadier General Mohammad Reza Naqdi said that Iran has many popular military allies around the world who come into operation in case of war and when the country’s interests are endangered.

“If war breaks out, we do not have a few military allies. The force which has been formed and the same people who are in different corners of the world, are considered as our military allies,” General Naqdi said in an interview with the state TV.

He explained that Iran’s military allies are more dangerous to the enemies than an official army as they are unknown and unidentified and come to Iran’s assistance when in need and in case of war.

“Hence, if the enemy errs, it will come under strikes from all sides without knowing who has dealt the blow and it will receive reports from different parts of the world every moment,” General Naqdi said.

In relevant remarks last month, General Naqdi said that the IRGC’s missile attack against the US base in Iraq was just a tip of the iceberg of Iran’s harsh revenge for the assassination of former commander of the IRGC Quds Force Lieutenant General Qassem Soleimani.

“The response (revenge) is that the US should leave the region and this will happen. The attack on Ein Al-Assad was merely declaration of the Islamic Republic’s determination to respond,” General Naqdi said.

He underlined that the US has not yet received Iran’s response, and said, “The blow hit at Ein Al-Assad was important and all the world powers sent messages to Iran that they did not dare to do it. The world understood how much the Islamic Republic is mighty and how much the US has grown weak.”

“The attack had very big consequences but it was not the harsh revenge (vowed by Iran),” General Naqdi said.