Pippa Bartolotti: No Compassion in Capitalism during Covid-19 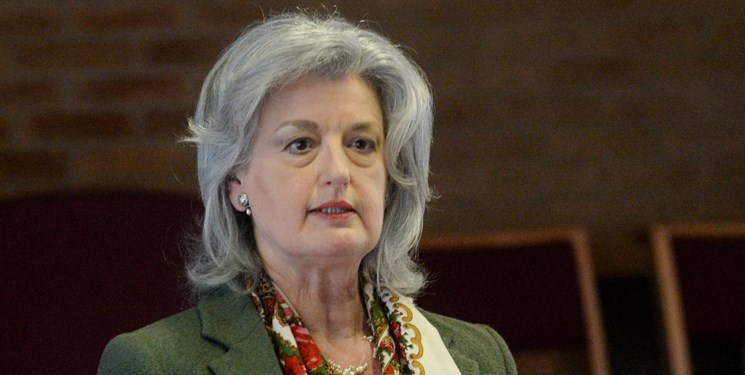 TEHRAN (FNA)- Pippa Bartolotti, former Leader of Wales Green party, says a capitalist system sacrifices people for the sake of economy, as it is witnessed in coronavirus outbreak in the US.

Speaking in an exclusive interview with FNA, Mrs. Bartolotti said the mismanagement of the US Administration is obvious during the Covid-19, and added, “The queuing for miles at foodbanks, the attitude of the banks in withholding stimulus checks to the poverty stricken, the many thousands of homes with no water supply because they could not pay the bills, the empty shelves in supermarkets, are all juxtaposed against the $500-billion in bail-out gifts made to the already wealthy, pointing the long finger of mismanagement at a system which is weak at best, failing at worst.”

Pippa Bartolotti is an author and political activist. She served as the Wales Green Party Leader from 2012 for four years, and then as the joint-deputy leader until 2017. She is now based in the US.

Q: Do you believe Americans are benefitting the “all-time high market” during the coronavirus outspread?

A: It is becoming more and more evident that markets, just like GDP and other monetary measures, do not reflect the true health of a nation. Indeed, even the words ‘strong economy’ are more a reflection of hubristic neo-liberalism than reality. Covid-19, whilst a death knoll for too many, is allowing many ordinary people the space for reflection and consideration. The queuing for miles at foodbanks, the attitude of the banks in withholding stimulus checks to the poverty stricken, the many thousands of homes with no water supply because they could not pay the bills, the empty shelves in supermarkets, are all juxtaposed against the $500-billion in bail-out gifts made to the already wealthy, pointing the long finger of mismanagement at a system which is weak at best, failing at worst.

Q: Why does Donald Trump firmly insist on Americans to return to work? Does this put the lives of Americans at risk?

A: The cracks in the system are widening. When a country, for so long reliant on a ‘just in time’ policy discovers that the policy is in fact ‘just too late’, there is panic at the top. Food shortages are very close. Starvation has an immediacy like no other. Never before have so many people lived more than one day’s walk from a food supply. Urban dwellers will take to the streets and system collapse will be inevitable. That is why there is huge pressure to get people back to work. For those who do not run a very high risk of losing their lives, their legs or their loved ones, engineering a situation whereby people start demanding to go back to work is likely. There is no compassion in capitalism. People will be sacrificed to prop up what passes for the economy.

Q: How do you believe the capitalist system implemented in the US can deal with coronavirus outbreak?

A: I believe that those who have been working the capitalist system for their own ends, will find it almost impossible to change the way they do things. Even if they did, there would be great suspicion and mistrust. Capitalism has failed us. It cannot stand up to disasters such as a virus pandemic, and it will not be able to stand up to the problems brought by climate change. Ordinary people are likely to become disengaged from a system, which they can now see with their own eyes, has impoverished the vast majority. Of course the mass media plays a big part in what news and current affairs people may or may not hear about, but the mounting numbers of dead, the lack of equipment for doctors and nurses, cleaners and front line workers, the pitting of state against state for PPE and ventilators will not be forgotten. Advanced capitalism, otherwise known as vulture capitalism, leaves no room for doubt – for capitalism to survive, it has to put itself before the needs of the people who have unwittingly made it such as success.

Ultimately it is down to individuals themselves to value their lives and their loved ones above the economy. Right now we are seeing the magnificent sight of cleaner air and resurgent wildlife, whilst at the same time allocating a diminishing importance to consumerist spending. This in turn will reduce manufacturing demand. As the price of dollar-backed oil and fracked gas plummets, we hover on the brink of a complete re-evaluation of our economy, our priorities, and the way we live. The people of the world could go back to the old ways, but why would they.