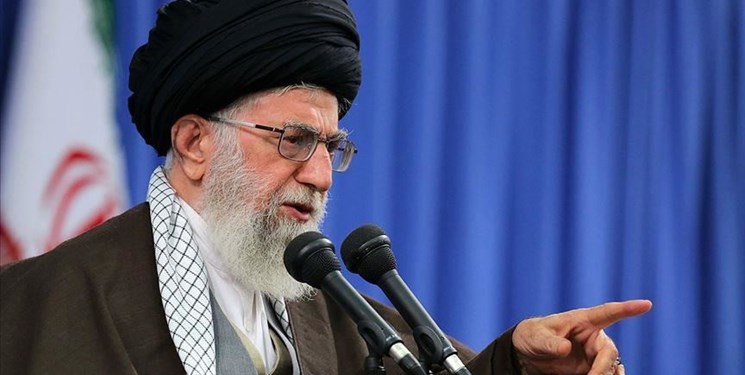 “Studying in universities of our Armed Forces is one of the most valuable jobs, why? Because by studying at these universities, our young people will join the Armed Forces that ensure the security of the country and security is a very fundamental value and a vital element for the country; because without security, all the important values of the country will be disrupted, including welfare, justice, education and other important values,” Ayatollah Khamenei said, addressing a joint graduation ceremony of the Army, Islamic Revolution Guards Corps (IRGC), and Police cadets through video conferencing on Monday.

He also lauded the Armed Forces’ services to people, including their assistance in fighting against COVID-19 epidemic.

“Defensive power is one of the pillars of national authority; if we consider at least three main pillars for this authority, these three pillars are economic strength and stability, cultural power and defense might,” he added.

“Defensive power is vital to the power of a nation. If nations do not have this defensive might, those who are used to attacking on and interfering in other countries, including the United States and some other countries, will not leave them alone and will attack everything as (we are witnessing) what is happening today in some countries,” the Leader said.

He noted that the reason for the “prating” of American officials about Iran's defense, missile and regional capabilities is the accurate and rational assessment of the Islamic Republic to achieve these capabilities, and said, "This propaganda and commotion stem from their backwardness in rational thinking. But regardless of this propaganda, the rational assessment system must be maintained, and thanks God, the Islamic Republic will continue to advance in all these areas.”

The Iranian leader noted the US sanctions on the nation, and said, "The US President happily says that by imposing maximum pressure and sanctions, they have disrupted Iran’s economy. Only reprobates like him take pride in committing crimes against a nation."

"We have economic problems that are all resolvable. The remedy to these problems is relying on domestic production and removing loopholes such as smuggling, reckless imports and financial corruption. These loopholes prevent the efforts made from achieving the desired results," he added.

General Hatami made the remarks in a meeting with senior commanders of the Army, Islamic Revolution Guards Corps (IRGC) and Law Enforcement Police Forces in Khorassan Razavi province.

He pointed to the strategic situation of the Islamic Republic of Iran in the region, and said, “Iran's location in the West Asian region and its geographical conditions are such that due to its oil, gas, energy, waterways and productive resources, it will always be coveted by the enemies and this shows that we must always focus on increasing our defense power and national authority.”

Despite unjust and cruel sanctions imposed against the Islamic Republic of Iran, the country enjoys sustainable and lasting security, General Hatami emphasized.

Close relationship and interaction of the Armed Forces came to being during the eight years of Sacred Defense (Iraqi imposed war against Iran in 1980-1988) in particular and today, after 40 years, this extensive cooperation and interaction have turned the Armed Forces of the country into a unique and steely power in the international arena, he underlined.

Also early in October, General Hatami underlined the Iranian Armed Forces' readiness to defend the country against enemies' plots and threats, and said that the hostile powers do not dare to even think of attacking Iran.

"The more vicious enemies of Islamic Iran tighten sanctions on the armed forces and the people of Iran, the more confident the young and committed defense industry experts have found the path to self-sufficiency and the failure of the sanctions project," General Hatami said.

"The Ministry of Defense has entered deeper layers of self-sufficiency," he added, stressing the Iranian Armed Forces' preparedness to confront and repel the enemies' possible threats.