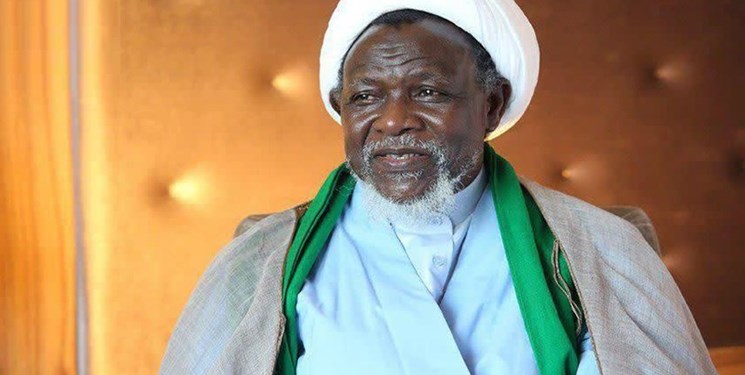 TEHRAN (FNA)- Daughter of the Nigerian Shiite leader Ibrahim al-Zakzaky said that her father's health conditions have deteriorated due to depriving him of medical services in prison.

Soheila Zakzaky said on Monday that her parents are in critical conditions due to medical negligence, adding that they were both injured when they were arrested.

She went on to say that Sheikh Zakzaky suffered two strokes in prison and her mother had been shot five times and had to undergo surgery.

Nigeria’s military carried out the attack as part of a deadly state-ordered escalation targeting the movement that Abuja has branded as illegal.

During the attack, the 66-year-old was beaten and lost his left eye and his wife sustained serious wounds.

During the crackdown, the military also attacked the movement’s members as they were holding religious processions, with the government alleging that the Muslims had blocked a convoy of the country’s defense minister. The movement has categorically dismissed the allegations, and said the convoy had intentionally crossed paths with the he Islamic Movement of Nigeria (IMN) members to whip up an excuse to attack them.

Among Zakzaky’s surviving children and supporters, concerns are mounting over his health. The 66-year-old cleric has lost vision in one eye and was in danger of “losing the second one,” his lawyer, Femi Falana, told reporters. Zakzaky and his wife still have “pellets of bullets in their bodies,” said Falana, which were sustained during their 2015 arrest.

The Shiite cleric was not present in court late in July for a bail hearing since his health was “very bad,” said Falana. “That is why we applied that he be excused from appearance in court and it was granted.”

On the occasion of President Muhammadu Buhari’s second inauguration, Amnesty International has issued a report, Nigeria: Human Rights Agenda, a twenty-page indictment of human rights violations by "state and non-state actors," but with the emphasis on the state security services. It calls on the Buhari administration to address perennial human rights abuses and makes specific recommendations as to what needs to be done.

Human rights activists are concerned that given the Nigerian government's dire human rights record, Sheikh Zakzaky's return to prison would equal to his death.