Armenia-Azerbaijan Ceasefire and the Road Ahead 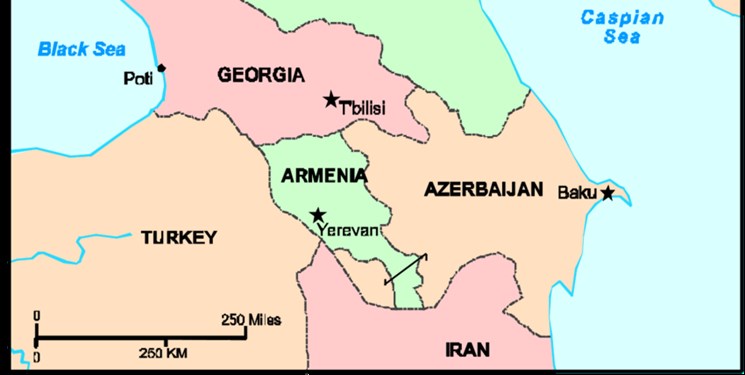 TEHRAN (FNA)- With help from Russia, Armenia and Azerbaijan have agreed to a ceasefire in Nagorno-Karabakh, but the two sides have been accusing each other of violations just a few hours after the start.

This came after representatives from Armenia and Azerbaijan met in Moscow for talks mediated by Russia.

Nagorno-Karabakh is now an ethnically Armenian enclave within the internationally recognized borders of Azerbaijan. The collapse of the Soviet Union turned the border dispute deadly, and tens of thousands were killed until a ceasefire was agreed to in 1994. The latest clashes were the heaviest the region has seen since the ceasefire was reached.

After two weeks and many deaths, it doesn’t take much effort to understand that if the fighting over the disputed enclave resumes, or becomes a full-blown regional war, the economies and security of many countries can be severely affected in every imaginable way.

This is because major oil and gas pipelines pass through this strategic area for supply to regional markets. Armenia and Azerbaijan stand to lose on many fronts if they refuse to compromise and settle their dispute using political and diplomatic means.

Given the regional history thus far, the political process has to get underway and the dispute must come to a peaceful end so people live lives of some sort that doesn’t have a monumental suffering and insecurity in its disproportionality.

There are many ways in which other countries can help build up the race and speed the resolution of this dispute. The answer to this regional influence ambition is not for some maestros of death and destruction to provision more weapons or for Armenia and Azerbaijan to drop more explosive materials on each other’s villages and towns.

The surest way to strike peace is for Armenia and Azerbaijan to see eye-to-eye and stop excising influence by military means. The bitter dispute has the potential to become a proxy war, putting many governments at each other’s throats. The future of the region cannot be shaped by war but to avoid it.

Any outside power that adds fuel to this new conflict, or exploits the situation, puts people’s safety above all else. Both the Azerbaijani and Armenian governments stand to win if they stop hostilities. Any other response to international calls for peace is regrettable.

For peace efforts to succeed, the parties in this fight need to let go of their hegemonic ambitions. Immediate ceasefire talks need to pick up. Far too many lives have already been lost or destroyed, and the very existence of regional security is now under threat. A calm Caucasus region is in everyone’s interest.

Hegemonic ambitions and military interventions will lead nowhere, as regional influence cannot be gained in Karabakh’s battlefields. If the current ceasefire is to have any chance of making progress, all countries capable of improving conditions on the ground must declare a policy of zero-conflict with the warring sides and sign up to this new agreement.

The multilateral effort to resolve this seriously muddled issue can help restore peace and protect the people of Nagorno-Karabakh. By following their conscience and values, regional players can help reduce the spread of violence and its high cost in blood and treasure.

Deliberately pushing the Caucasus region in the opposite direction, escalating the violence, increasing the flow of armaments, or approving laws to draw in foreign powers serves no one's interest, but those trans-regional players that want this part of the world in chaos in pursuit of their own interests.

Without litigating who’s responsible for what, the conclusion is this: Nagorno-Karabakh needs peace and the border dispute cannot be allowed to take on a life of its own. Nothing outweighs this truth.