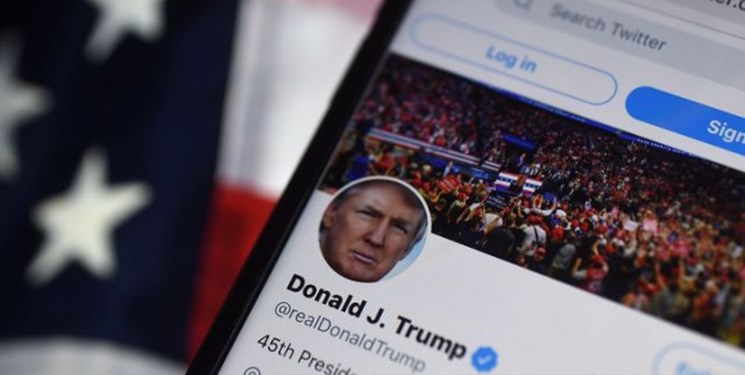 TEHRAN (FNA)- Twitter reportedly suspended a number of accounts that claimed to be owned by Black supporters of President Donald Trump.

According to the Washington Post, the social media giant confirmed the move Tuesday, stating the accounts in question had violated the platform's rules against spam and manipulation.

The researcher noted that the more than two dozen accounts were using similar posting nearly identical messages, like: "YES IM BLACK AND IM VOTING FOR TRUMP!!!" and the #BlacksForTrump hashtag.

It was also noted that many of these profiles featured stolen photos from news articles, as the names on the account did not match the names listed in the news report. There was even one profile page that had the words "black man photo" as the avatar—"a hint of sloppiness by the network’s creators".

"Our teams are working diligently to investigate this activity and will take action in line with the Twitter Rules if tweets are found to be in violation," Kennedy told the Post.

The suspended accounts had collectively generated more than 265,000 retweets or "mentions"; some had gained tens of thousands of followers. Linvill also told Reuters most of these accounts were created in 2017, but have become much more active in the months leading up to the presidential election. The researcher said he cannot determine the origins of the effort at this point, and is convinced they've already done damage.

"It doesn’t matter if Twitter’s shutting you down in four days," he said, adding, "they’ve already had their impact."