Who Is the Real Super-Spreader of Insecurity in Taiwan Strait? 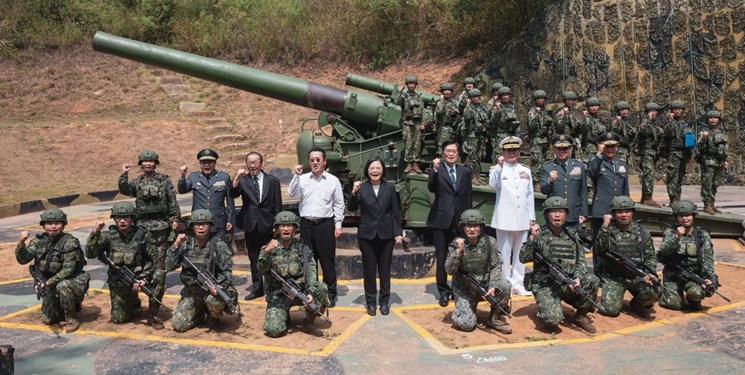 TEHRAN (FNA)- The Trump administration has reportedly notified the halls of Congress of its intention to play the Taiwan card during the election season by showering yet more ill omens upon the face of the Taiwan Strait in the South China Sea.

In an irresponsible, inconclusive and damaging gesture that is doubtless going to add more fuel to the already-strained relations between Beijing and Washington, the administration of President Donald Trump plans to peddle some of the most advanced sorts of weaponry and related items to Taiwan.

The incredulous claim is that the evasive and entirely fraudulent program to push High Mobility Artillery Rocket System, Standoff Land Attack Missile-Expanded Response, and external sensor pods for F-16 jets into Taiwan will protect the island from Chinese aggression. However, the corrupt and irresponsible trade is for various geopolitical aims that are in no way in compliance with the fundamental norms of international law or within the general category of “security”.

The world’s biggest arms dealer has played a significant role in destabilising the South China Sea by launching warships, the latest being the USS John McCain. It has permitted major weapons and military technology transfers to Taiwan, including F-16 fighter jets, M1A2T Abrams tanks, portable Stinger anti-aircraft missiles, MK-48 Mod6 torpedoes, and so much more.

Together with the talk of the Quad evolving into an Asian NATO in the Indo-Pacific Theater, the neocolonialist idea is to manufacture a new international crisis and recreate a nostalgia-filled 21st-century version of the Cold War against China.

For his part, US Assistant Secretary of State for Political-Military Affairs R. Clarke Cooper says the proponents of the new weapons package have the right to weaponise Taiwan under the terms of the 40-year-old Taiwan Relations Act.

Nor will it surprise you that the official argument in Washington is largely the same throughout the years that Taiwan can only protect itself with surge in American arms imports, the US can show off naval firepower as a way to disregard China’s sovereignty, and the Trump administration can sell doubt about the most basic aspects of Taiwan’s reunification with China.

We have seen this before and it never has a happy ending. It illustrates the futility of America’s Taiwan adventure that adds nothing significant to its failed crusade to check China.

The UN Charter makes it clear, though: transferred weapons cannot and should not be used to fuel conflicts, or abet violations of international protocols.

The Trump administration claims that the new arms sales will have significant consequences for Taiwan’s security. Far from it, it will increase the probability of armed conflict,  undermine regional stability, and strain political relations. Building up arms will not help Taiwan to achieve its international goals or gain allies.

The international civil society is in shock that Pentagon’s tools of death and destruction are only there to sprout anti-China rhetoric, project power and influence, put the entire region in danger in terms of policy, finance and economics, and provide fertile ground for the rise of interlinked conflicts.

None of this should come as any real shock, but the US has no problem doing all this and more, so long as it gets to sanitise the presence of its warships in the Chinese periphery, sell arms and military technology, and push regional order under the bus.