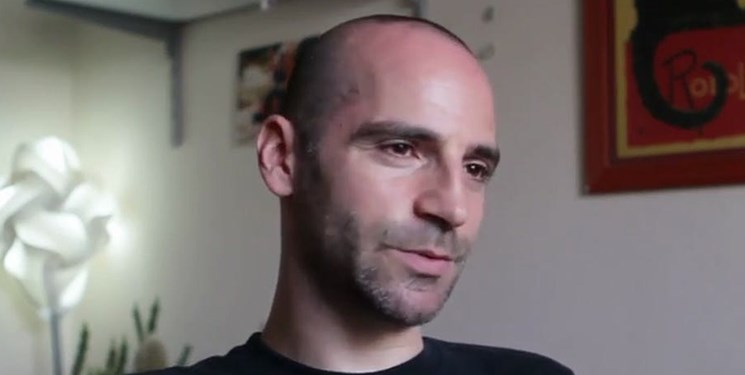 TEHRAN (FNA)- Ronnie Barkan, political activist, says people of Germany should be concerned that their country is turning into the last bastion for “criminal Israel” as indicated by their recent joint air force exercises.

Speaking in an interview with FNA, Ronnie Barkan said, “It was Germany which gave as presents nuclear-prepared submarines which can carry nuclear weapons to possibly the forth nuclear super power in the world… [Germans] they have to seriously look themselves in the mirror, and ask themselves what it is we are supporting in the name of our dark past?”

Barkan further added the apartheid practiced in Israel is worse than the past South African apartheid, saying, “Israel is actively a criminal state, which has basically maniacs leading it… Israel should be shunned away from the rest of the international community, because they are ominous to the rest of the world.”

Ronnie Barkan, a Berlin-based Jewish anti-Zionist activist, is a co-founder of the Boycott from Within, which is an association inspired by the struggle of South Africans against apartheid. It also supports the Boycott, Divestment, and Sanctions (BDS) Movement. Barkan has been involved since 2004 in protests against the Israeli barrier in the West Bank and has been arrested and detained a number of times. In 2010, Barkan represented the Palestinian Popular Struggle Coordination Committee at the European Parliament.

Q: Israel and Germany for the first time ever held joint air force drills in the German skies. Why were the drills regarded as “historic” by the mainstream media?

A: Germany is the last bastion for Zionism. When people all over the world are fed up with the Zionists’ crimes, and demand equal freedom and justice for all the 20 million people at the Palestinian land, still Germany will be the last one standing in defense of criminal Israel. Having these military maneuvers is just another example for that. We also have to remember that it was Germany which gave as presents nuclear-prepared submarines which can carry nuclear weapons to possibly the fourth nuclear super power in the world, and then they gave them some more with a heavy discount. This is what Germany does, just far from being neutral about the situation. Israel is actively a criminal state, which has basically maniacs leading it. Talking about the nuclear weapons, we know that at least twice in Israel’s history, they had nuclear-armed fighter jets in the air: in the 1973 war, when they felt that they are being defeated, and it was also during the first [Persian] Gulf War. Israeli nuclear facilities have never ever been supervised, as it refuses to sign the NPT; still it is getting all the backing in the world. Just for that, Israel should be shunned away from the rest of the international community, because they are ominous to the rest of the world.

Q: Why does Germany pay a huge political price to overwhelmingly support Israel?

A: We have to remember that indeed Israel practices apartheid which is defined in the law, the same as it was defined in the law in South Africa. The South African activists believe Israel practices apartheid. We have to remember also that the apartheid Israel practices is different from that of South Africa, as the case in South Africa was quite literally a case of the black and white. There were separate restaurants, beaches and benches in the parks for white and black people. But in Apartheid Israel, although there is a shared space, still there is grand apartheid, which is the real apartheid. But, it has a façade of democracy and liberalism. If there is some basis for equality, rights of the minorities, or multiculturalism, it is by every element of the establishment deeply opposed. Because if there were any of them, then the Zionist project in Palestine could not no longer function. So, it is again Germany that supports a racist state, which is supposed to oppose everything we see as democratic values.

Q: What does Germany’s support for Israel tell us about the German society today?

A: This is a warning sign for the German society. They have to seriously look themselves in the mirror, and ask themselves what it is we are supporting in the name of our dark past? If they want to learn from their past, they should definitely not support the criminal state of Israel. If Germany cannot take such a harsh position against Israel, they can be at the very least very neutral and do not actively support it.