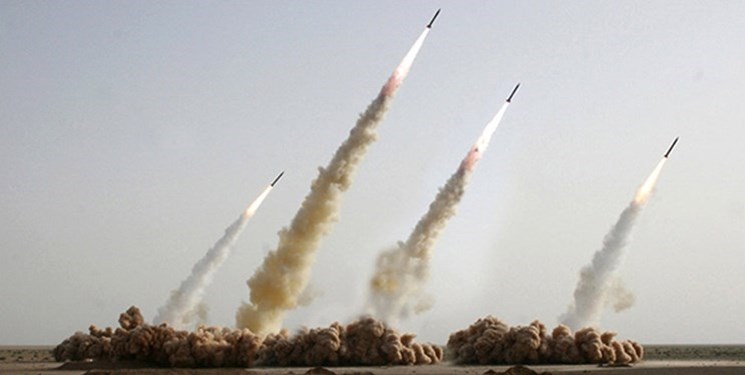 TEHRAN (FNA)- Iran’s Permanent Envoy to the UN General Assembly First Committee (also known as the Disarmament and International Security Committee) Heidar Ali Balouji underlined that the country's missile program is merely aimed at deterring the enemies from any aggression.

"In fact, our defensive posture stems from sober geostrategic calculation and moral and religious convictions, and also based on significant historical experience. During Saddam Hussein’s aggression against Iran, he rained missiles on our cities, some of which carried chemical components that were provided by certain Western countries including particularly the United States and Germany. As a result of these attacks, other than tens of hundreds of innocent Iranian people who died directly, 100000 fell victims who are still suffering. Germany must be held accountable to its role in assisting Saddam to equip with chemical weapons and committing war crimes and crimes against humanity," Balouji said, addressing a meeting of the UN General Assembly's disarmament committee.

"However, Iran was actively prevented from purchasing even the most rudimentary means of self-defense to at least deter the aggressor. The application of such restrictions against Iran by all Western countries still continues. In addition to Saddam’s aggression, which was effectively backed by the United States and its regional allies, Iran has been subject to American military interventions on a few occasions over the past 40 years. During those decades, we were also faced with persistent United States threats, especially through its outdated mantra that all options are on the table."

"We should also recall that for many years, certain countries in the region have been calling on the United States to attack Iran. Further, we also like to refer to Israel’s decades of threats against Iran, the most recent of which was using nuclear weapons and threatening Iran with nuclear annihilation. That is definitely wishful thinking. We have therefore learned our lesson by having to deal with persistent restrictions on obtaining essential defensive weapons, on the one hand, and with defending our nation against continued foreign threats on the other. We learned that no Iranian Administration can leave its people defenseless in a region as volatile as the Persian Gulf. Our main responsibility is to protect our citizens," he added.

"We have therefore developed our own indigenous missile defense system, which is a legitimate and lawful program and our inherent right under Article 51 of the Charter of the United Nations. It is worth mentioning that our entire defense expenditure is a fraction of that of United States clients in our neighborhood, who race to buy hundreds of billions of dollars’ worth of the most sophisticated weaponry, including long-range missiles. With regard to the role of missiles in its defense posture, Iran’s missile program is a conventional defensive capability. Its missiles are for defensive purposes only and are an effective means of deterrence against foreign threats. Iran’s conscious decision to focus on precision rather than range has afforded us the capability to strike back with pinpoint accuracy. Nuclear weapons do not need to be precise, but conventional warheads do. The only use that Iran has made of missiles since the beginning of the eight-year war imposed on us has been a limited and measured military action in legitimate self-defense. Efforts to portray Iran’s ballistic missiles as a regional threat are therefore a deceptive and hostile policy," Balouji said.

"Finally, with regard to the arguments about the relationship between resolution 2231 (2015) and Iran’s ballistic-missile launches, the resolution only “calls upon” Iran not to undertake any activity related to ballistic missiles “designed” to be capable of delivering nuclear weapons. Iran has repeatedly stated that none of its ballistic missiles have been designed to have such a capability. We respect resolution 2231 (2015) and we respect our international commitments," he concluded.

In relevant remarks in August, Iranian President Hassan Rouhani underlined that everything produced in the country's defense industry is aimed at increasing the deterrence power, assuring neighbors that Iran's defense might serves their interests too.

"Whatever the Islamic Republic produces is based on the deterrence strategy," President Rouhani said, addressing a ceremony to unveiled several defense equipment via video conference.

He appreciated all academics, specialists and science-based firms, who have been working hard to pave the way for the country’s defense sector to grow stronger.

President Rouhani highlighted the significance of cruise missile for Iran’s defense industry, and said, “The fact that we have increased the range from 300 to 1,000 in less than two years shows the country is on the path of production and self-sufficiency in this field.”

Meanwhile, the Iranian chief executive reaffirmed that the country’s defense doctrine is based on the strategy of deterrence and is not offensive in nature.

He assured neighbors that Iran’s military power poses no threat to any other country, adding, “We are not pursuing an offensive strategy. We are not after occupying anywhere or harming other nations. Our neighbors can rest assured that our defense might serves their interests and those of our friends.”