Embassy: No Legal Obstacles to Military Cooperation with Neighbors after Expiration of Arms Embargos 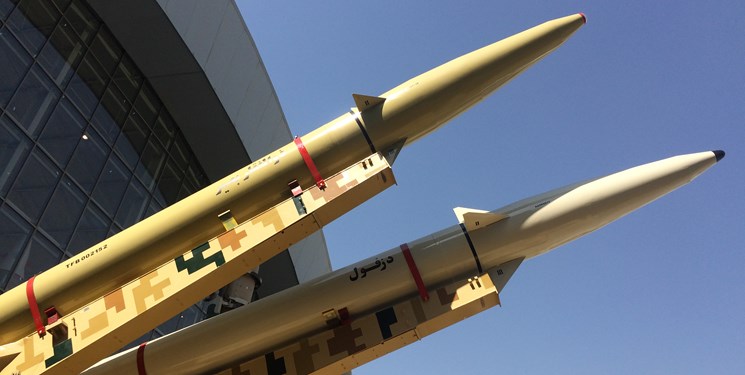 TEHRAN (FNA)- The Iranian mission in Pakistan in a statement underlined the country's right of trade interactions with neighbors, stressing that no obstacles would exist to the expansion of military cooperation with other states after the removal of arms ban on October 18.

The statement issued on Friday said that Tehran considers trade and free trade with other countries, especially its neighbors, an important right and principle of its foreign policy and with lifting of arms embargoes, there are no legal obstacles to military cooperation and related financial transactions.

From October 18, 2020, the trade of weapons and military items with Iran, provision of financial services to this country and the issuance of visas and travel permits to individuals related to Iran's nuclear program will be unrestricted, the statement said.

The statement reiterated that Islamic Republic of Iran considers trade and free interaction with other countries, specially its neighbors, as an important right and principle in its foreign policy and implements it in accordance with UN Charter and UN resolutions.

Obviously, with the expiration of the five-year period and end of the restrictions set out in UN Security Council Resolution 2231, there are no legitimate and legal obstacles to military cooperation and related financial interactions between the two neighboring countries of Iran and Pakistan, it added.

In relevant remarks on Wednesday, Iranian President Hassan Rouhani said that October 18 is the day when the UN arms embargo against his nation will be expired to enable Tehran to start weapons trade.

“On the next Sunday, we will announce this good news to the nation that 10 years of the unjust arms embargo is lifted,” Rouhani said while addressing a cabinet session.

“We have fought the United States for four years over this issue. For four years the US did whatever it could to not let October 18 happen, but this day will come,” he