Death Toll from Missile Attack on Ganja Rises to 13, More Than 50 Injured 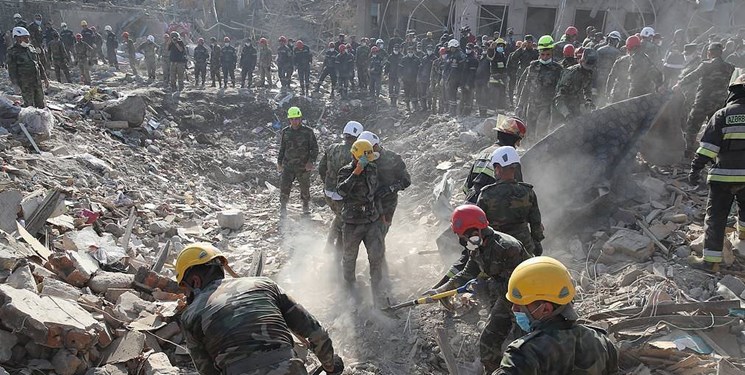 TEHRAN (FNA)- Thirteen people were killed in the missile attack on the Azerbaijani city of Ganja, Ministry of Emergency Situations of Azerbaijan said on Saturday.

"The bodies of 13 victims were removed from the rubble, 52 people were wounded," it announced, noting that search and rescue work continues, TASS reported.

"As a result of a missile attack on downtown Ganja at about 01:00 on October 17, 12 people have been killed, over 40 civilians have been wounded, and serious damage has been inflicted on civil infrastructure and transport," the message informs.

The conflict over Nagorno-Karabakh, a disputed territory that had been part of Azerbaijan before the Soviet Union break-up, but primarily populated by ethnic Armenians, broke out in February 1988 after the Nagorno-Karabakh Autonomous Region announced its withdrawal from the Azerbaijan Soviet Socialist Republic. In 1992-1994, tensions boiled over and exploded into large-scale military action for control over the enclave and seven adjacent territories after Azerbaijan lost control of them. Talks on the Nagorno-Karabakh settlement have been ongoing since 1992 under the OSCE Minsk Group, led by its three co-chairs - Russia, France and the United States.