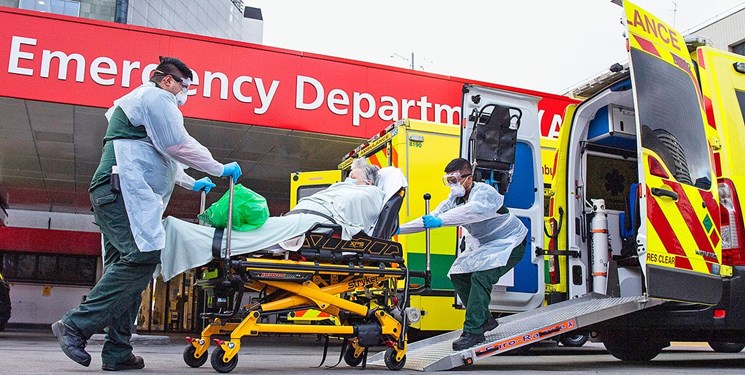 TEHRAN (FNA)- Novel coronavirus deaths in England could reach 690 per day within a week, scientists warned.

Around 47,000 COVID-19 infections are occurring daily across England, with deaths expected to hit 240 to 690 each day by October 26, according to evidence presented to government scientists, The Independent reported.

The Medical Research Council (MRC) biostatistics unit at the University of Cambridge published new predictions on how fast the epidemic is growing across the country.

They estimated cases are doubling in under seven days, with a "substantial proportion" of those being asymptomatic.

On Monday, the MRC unit published a report saying, "Our current estimate of the number of infections occurring each day across England is 47,000", adding, "We predict that the number of deaths each day is likely to be between 240 and 690 on October 26."

While the estimated growth rate for England is 0.09 per day, they added.

"This means that the number of infections grows by 9 per cent each day and it translates into a doubling in number in under one week," they said.

"The central estimates for the number of new infections is particularly high in the North West and the North East and Yorkshire (17,600 and 10,700 infections per day, respectively), followed by London and the Midlands (5,450 and 5,720, respectively)," they underlined.

"Note that a substantial proportion of these daily infections will be asymptomatic," they underscored.

The figures are fed to the Scientific Pandemic Influenza Group on Modelling, which provides real-time information to the government through the Scientific Advisory Group for Emergencies (Sage), and to regional Public Health England (PHE) teams.