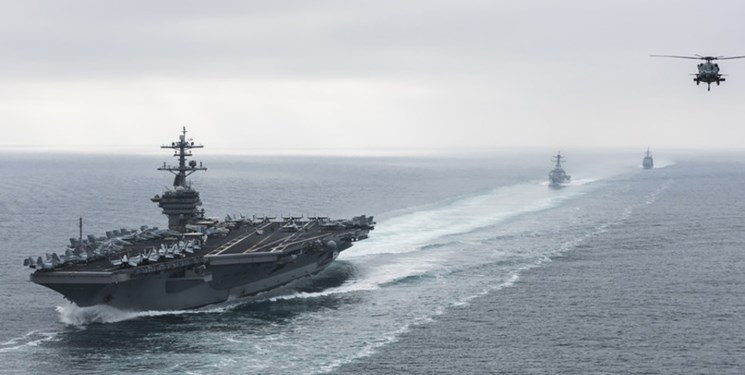 TEHRAN (FNA)- The US Navy discovered two new COVID-19 cases on the aircraft carrier USS Theodore Roosevelt six months after a coronavirus outbreak aboard the vessel launched a political scandal that included the firing of the ship’s captain and the resignation of the acting Navy secretary.

The service identified “a small number of sailors” who tested positive for the illness during routine training at sea near San Diego on Thursday, according to Cmdr. Zach Harrell, a spokesman for Naval Air Forces, The Hill reported.

“The sailors self-reported after experiencing symptoms, received immediate medical treatment, and were transported off the ship for isolation,” Harrell said in a statement.

Contact tracing aboard the ship has been completed, he added.

“Theodore Roosevelt is aggressively applying all mitigation measures in accordance with the Centers for Disease Control and Prevention and Navy guidance in order to protect the health of our Sailors and stop the spread of the virus as we continue to identify and eliminate any of the virus’s potential vectors,” he stated.

The New York Times first reported Friday that there were two new cases aboard the ship, which was sidelined for months in Guam this spring after a massive COVID-19 outbreak.

More than 1,000 of the nearly 5,000-person crew were infected in the epidemic and one sailor died, Chief Petty Officer Charles Robert Thacker Jr., a 41-year-old aviation ordnanceman.

The Roosevelt outbreak turned into a political firestorm after the ship’s commander, Capt. Brett Crozier, was fired after a letter he wrote pleading for help with the outbreak leaked to the media.

After the beloved commander was removed, videos emerged on social media showing crew members cheering and chanting "Captain Crozier!" as he left the ship.

The acting Navy secretary who fired him, Thomas Modly, later resigned after he gave a speech aboard the Roosevelt berating Crozier days after the captain was relieved of duty.

Since the Roosevelt incident, the Navy has put in place measures aimed at preventing the virus from making its way onto ships in the first place, including limiting port visits and requiring sailors to undergo a two-week quarantine and test negative before boarding.