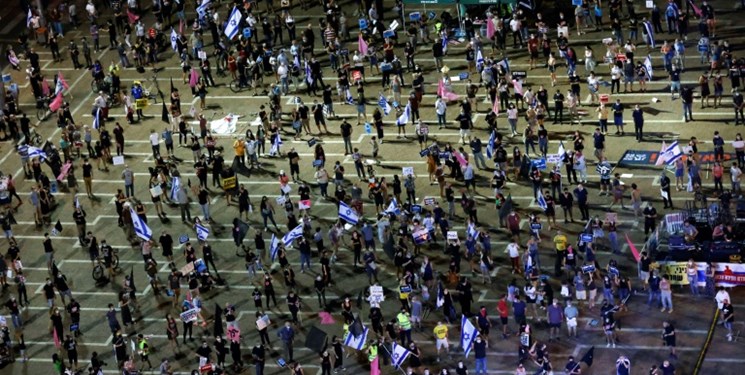 Protests against the premier have taken place every Saturday since July, including outside his official residence in Jerusalem, where Israeli media reported Saturday that several thousand people had gathered, AFP reported.

Netanyahu faces corruption charges and widespread criticism of his government's handling of the coronavirus pandemic.

The police said in a statement that they had arrested "suspects" in several locations, who they accused of firing tear gas at protesters.

Saturday's demonstration in Jerusalem was reportedly buoyed by a planned easing from Sunday of a coronavirus lockdown, which had restricted people from moving more than a kilometre from their homes.

The lockdown --- the second since the virus pandemic began --- was implemented in September as the coronavirus infection rate resurged.

Several thousand people also gathered in Tel Aviv, many of them families.