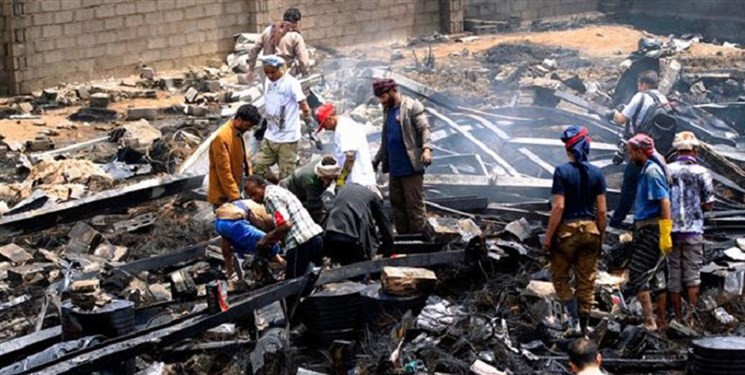 TEHRAN (FNA)- At least two children have been killed and several other civilians wounded in Saudi-led shelling and rocket attacks against residential areas in Yemen’s Ta’iz and Sa’ada provinces.

A child was killed and three other people were wounded when Saudi-led mercenaries shelled a residential neighborhood in Salah district in the Southwestern province of Ta’iz with mortars on Friday, Yemen’s official Saba news agency reported on Saturday.

It added that a child was also killed and her sister wounded on Friday after Saudi-led forces launched a rocket attack on a residential area in the Baqim district of the Northwestern province of Sa’ada.

Saudi Arabia and a number of its regional allies launched a war on Yemen in March 2015 in an attempt to subdue a popular uprising that had overthrown a regime friendly to Riyadh.

More than half of Yemen’s hospitals and clinics have been destroyed or closed during the war by the Saudi-led coalition, which is supported militarily by the UK, the US, and other Western countries.

The United Nations (UN) says over 24 million Yemenis are in dire need of humanitarian aid, including 10 million suffering from extreme levels of hunger.