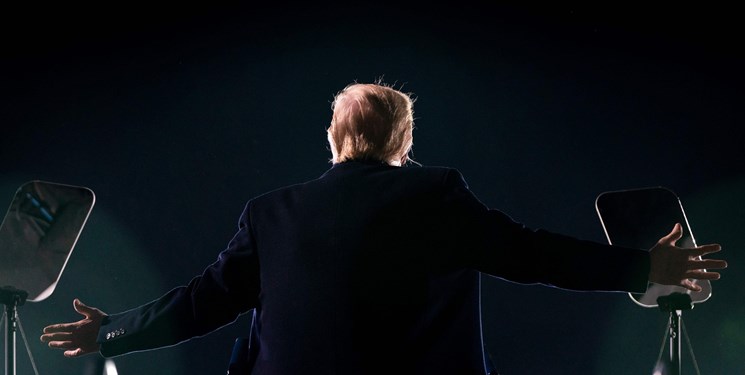 The chant from the crowd comes just a little more than one week after the FBI announced that it had foiled a plan to kidnap the governor, The Hill reported.

Some people in the audience then started chanting, “lock her up!”

“Lock ‘em all up,” Trump responded, after which the chants from the crowd continued.

Trump told the crowd later on in the rally to "be careful of her and her attorney general because you know they're like in charge of the ballot stuff. How the hell do I put my political and our country's political life in the hands of a pure partisan like that?"

Whitmer quickly responded to the rally comments on Twitter, writing “This is exactly the rhetoric that has put me, my family, and other government officials’ lives in danger while we try to save the lives of our fellow Americans”.

“It needs to stop,” she added.

Whitmer's comment echo similar statements she made before about the foiled plot against her.

After FBI announced it had taken several men into custody in connection with the alleged plot, Whitmer stated Trump was “complicit” in stoking extremist attacks.

She added that his refusal to explicitly denounce extremist groups during the first presidential debate served as a "rallying cry" to the militia groups who allegedly planned to kidnap her.

Trump responded to the rebuke on Twitter, claiming Whitmer did a “terrible job” in her response to the coronavirus pandemic and “locked down her state for everyone”.

Whitmer has imposed some of the most stringent restrictions on businesses and other activities in the state amid the coronavirus pandemic.

The Michigan Supreme Court ruled Monday that the governor could not delay the enactment of a previous court decision that determined she did not have the authority to continue a state of emergency amid the coronavirus pandemic.

Trump’s rally came after Michigan Attorney General Dana Nessel on Thursday said that a Wisconsin man was charged for his alleged support of the kidnapping plot, making him the eighth person to face federal or state charges in connection with the alleged plan.

Nessel had announced in an interview with “CBS This Morning” last week that the governor and her family had been forced to “move around” to maintain Whitmer’s protection while federal and state authorities tracked the militia groups during their months-long investigation.