Report: Death Rate of Inmates in Top US Prisons Surge Since 2016 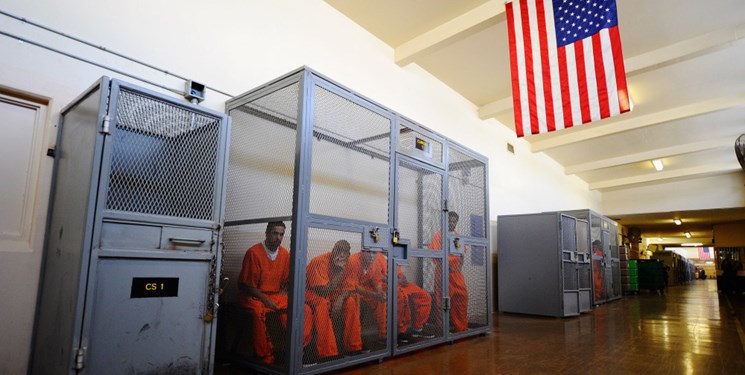 TEHRAN (FNA)- The number of US prison inmates dying in the country’s more than 500 top jails has climbed by more than 8 percent since the last official figure was released in 2016, most of whom were those never convicted of their alleged crime.

The US prison death rate surged overall in the first three years of the Donald Trump administration to the highest point in the 12-year period of 2008-2019, after leveling off in 2016, according to an investigative report published Friday by Reuters news agency.

At least two-thirds of the deceased inmates identified in the report between 2008 and 2019 -- or 4,998 individuals -- were still awaiting their day in court and presumed innocent when they lost their life in jail, while never convicted of the charges on which they were being held.

Using more than 1,500 public records requests, Reuters surveyed 523 prison for 12 years of inmate death records – all US jails with 750 or more inmates, as well as the 10 largest jails or prison systems in most states across the country, which has the world's largest prisoner population.

The resulting database represents the largest accounting of prison deaths outside the US federal government. It details more than 7,500 inmate deaths in a universe of jails that accounts for three-fifths of the total US jail population.

According to the report, the death rate in the 523 jails soared 35 percent over the decade ending last year, fueled by illness, suicide and overdoses from drugs and alcohol in prison compounds that get little oversight and sometimes provide inadequate medical and mental health services.

It further revealed that more than 2,000 inmates took their own lives, including nearly 1,500 that were still awaiting a trial or indictment. An increasing number – more than 1 in 10 last year – died from the dire consequences of taking drugs and alcohol. About 300 others lost their lives after languishing behind bars, without even being convicted for a year or more.

The data further demonstrates that while the suicide rate in US prisons declined over the past three years – due to the enforcement of suicide awareness and response initiatives -- the death rate from drug and alcohol overdoses surged by nearly 72 percent amid the country’s opioid epidemic.

The US Justice Department’s Bureau of Justice Statistics (BJS) has collected inmate mortality data for two decades. It issues reports with national-level data on jail deaths and some state-level numbers. But death statistics for individual jails are withheld from the public, government officials and oversight agencies under a 1984 law limiting the release of BJS data.