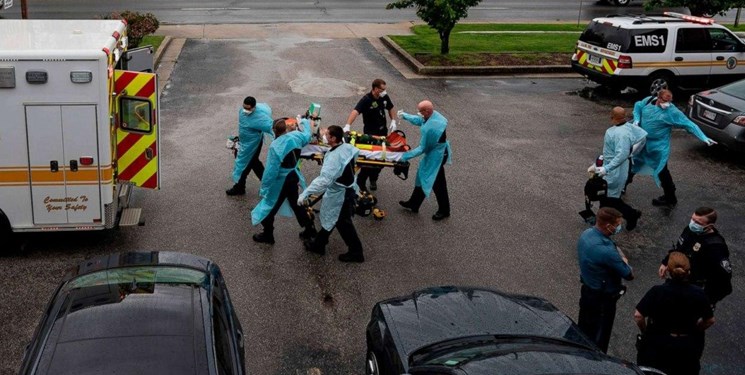 TEHRAN (FNA)- US President Donald Trump warned that a Democratic victory in the November elections could make the coronavirus situation worse in Michigan, as well as the US as a whole.

Speaking at the Saturday rally in Muskegon, Michigan, Trump told his supporters that "Democrats would terminate our recovery with a draconian unscientific lockdown like your governor is doing right now", RIA Novosti reported

According to Trump, the Democrats will delay the coronavirus vaccine in the US.

"A guy like [Democratic presidential candidate Joe] Biden and the Democrats want to keep Michigan locked up, locked down and closed for business, it’s so badly hurting the state," Trump stressed, adding later on that "Biden will shut down the country, delay the vaccine and prolong the pandemic".

Commenting on Trump’s remarks, Michigan Governor Gretchen Whitmer said on Twitter on Saturday that she was trying to save the Americans’ lives.

Trump also told his Michigan supporters on Saturday that Biden’s plans entailed bringing more migrants to Michigan, giving them free healthcare and other benefits at the expense of the American people.

"Biden’s plan will crush Michigan, my plan will make this state stronger, better in every single way than it ever was," Trump added.

According to this week’s Hill-Harvard poll conducted by HarrisX, Biden has a 9-point lead over Trump in the crucial swing state of Michigan, with 54 percent of American voters saying they support the former vice president compared to 43 percent of voters who are in favour of Trump.

Michigan has nearly 144,900 confirmed coronavirus cases with the state’s COVID-19 death toll standing at over 7,000 according to official data.