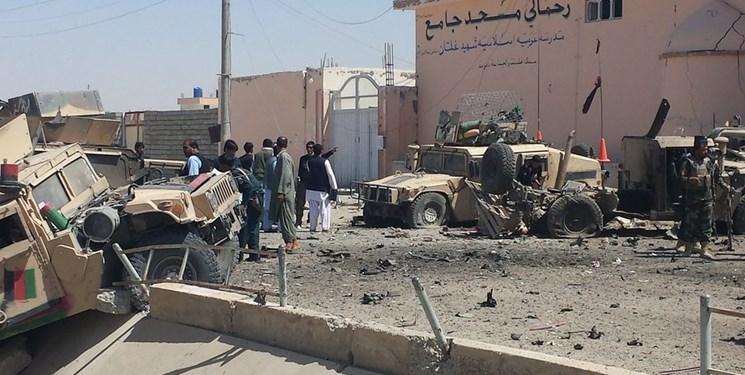 TEHRAN (FNA)- At least 12 civilians were killed and more than 100 were wounded in a car bomb close to police HQ in Firozkoh, capital of Ghor, said the Ministry of Interior in a statement.

The incident happened around 11am local time after a Toyota Corolla-brand vehicle “loaded with explosives” was detonated close to the police headquarters and government offices for women, martyrs and disabled affairs, the statement said, TOLOnews reported.

Wahidullah Nezami, provincial police chief, said the effect of the blast on security force members was slight. He said more details will follow.

Eyewitnesses said that a number of nearby buildings were damaged in the car bomb.

“The situation...is not acceptable in Islam,” said an eyewitness.

Earlier, local health officials said that the bodies of “seven people and more than 70 wounded had been brought to the hospitals.”

The local officials said that the number of the casualties will increase.

No group including the Taliban has claimed responsibility for the blast.