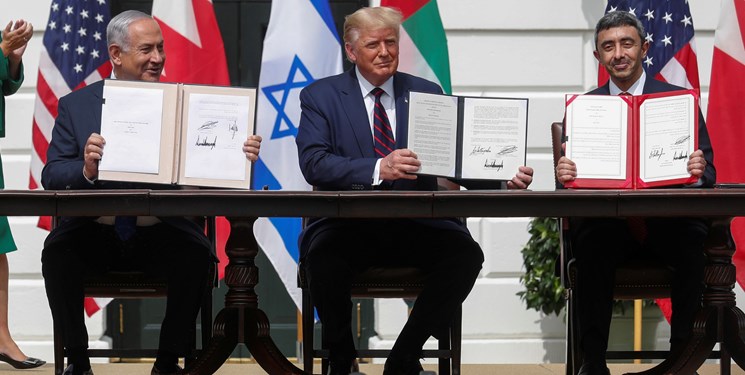 TEHRAN (FNA)- Cairo is concerned that normalization of relations between Abu Dhabi and Tel Aviv would turn the UAE into a base for the Israeli spy agency, Mossad, to run espionage operations against the regional states, specially Egypt, Arab media outlets reported.

The Arabic-language al-Arabi al-Jadid news website quoted Egyptian officials as saying that Cairo believes the UAE can turn into a regional center for the Israeli companies and Mossad and a danger to Egypt’s security because nearly one million Egyptians are living in the UAE and hundreds of thousands of Emiratis travel to Egypt for different reasons each year.

According to the report, the Egyptian officials view the UAE as an environment for intelligence operations, warning that this can lead to tensions between the two countries.

It added that Egypt is now mulling to set up a special department to monitor Israel’s activities and assess the possibility to target the Arab country’s interests.

The UAE and Bahrain signed an agreement last month towards normalizing relations with Israel, claiming that it was needed to stave off further annexation of Palestinian land and save the so-called two-state solution to the Israeli-Palestinian conflict.

Israeli authorities, however, say annexation plans are not off the table.

Palestinian officials have also denounced the Arab countries' normalization with the regime in Te Aviv.

Palestinians seek an independent state in the West Bank and the besieged Gaza Strip with East Jerusalem al-Quds as its capital. They view the normalization as betrayal of the Palestinian cause.