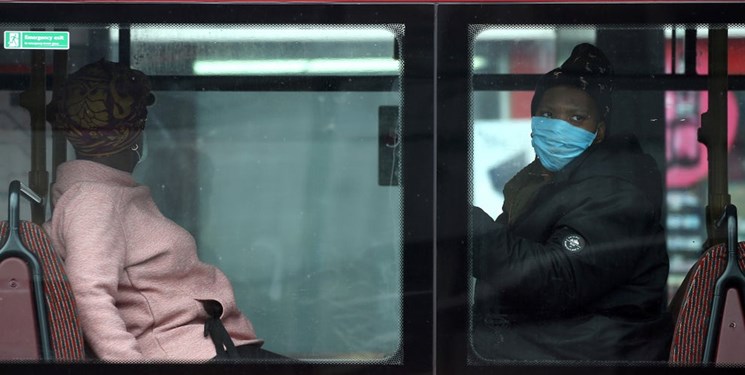 TEHRAN (FNA)- UK Ministers failed to bring in measures to reduce the disproportionate impact of coronavirus on ethnic minorities, despite warnings months ago that action was needed.

Following high death rates among minorities in the first peak of coronavirus – with official statistics showing that black people were 1.9 times more likely to die of COVID-19 than white people, and British Indians around 1.5 times more likely – the government commissioned Public Health England (PHE) to carry out a review into the issue, The Independent reported.

The review was published at the beginning of June, and concluded that death rates were highest among people of black and Asian ethnic groups. Two days later, it was announced that equalities minister Kemi Badenoch would lead work to address the disparities that had been identified.

But four months on, as the country heads towards another peak of cases, the government has been unable to provide The Independent with details of any action taken to address the issue.

Dr. Chaand Nagpaul, council chair at the British Medical Association, stated that he was “deeply concerned” that four months since the PHE review was published, 35 percent of intensive care beds were occupied by patients from black, Asian and minority ethnic (Bame) communities, and that two times as many ethnic minority people were infected by the virus.

He called on ministers to “urgently” bring in more culturally tailored public health messaging that ethnic minority communities trust in order to ensure behavioural change, urging the government to collect more infection data broken down by ethnicity and longer-term interventions, as well as tackle the UK’s long-standing socioeconomic inequalities.

“This is all the more important given we are in the throws of a second wave and need to protect healthcare staff at highest risk from the virus. We continue to grieve the doctors needlessly lost in the first wave of the pandemic, most of whom were Bame, and this cannot happen again,” he added.

The PHE report found that people of Bangladeshi ethnicity had around twice the risk of death as white British people, after accounting for the effect of sex, age, deprivation and region. It announced people of Chinese, Indian, Pakistani, other Asian, Caribbean and other black ethnicity had between 10 and 50 percent higher risk of death.

Following its publication, Badenoch announced that the government was “taking seriously” the initial findings, and said it was “clear that much more needs to be done to understand the key drivers of the disparities identified and the relationships between the different risk factors”.

She added, “That is why I am now taking this work forward, which will enable us to make a real difference to people’s lives and protect our communities from the impact of the coronavirus.”

However, when asked by The Independent what progress had been made so far, Badenoch’s office did not respond.

Lord Victor Adebowale, chair of the NHS Confederation (which represents health service trusts), stated that the inequalities were “unacceptable”, adding that “this matter affects everyone because it’s about equity and equality".

“Leaders are working hard to move the needle and they recognise the challenge. A total of 74 per cent believe Bame groups get a worse service. They recognise they need to do more and government needs to fully engage with this challenge as COVID-19 continues to ravage our populations,” Adebowale noted.

De Cordova has written to the equalities watchdog urging it to investigate the government for breaching the Equality Act in its failure to tackle the disproportionate impact of coronavirus on ethnic minorities and disabled people when drawing up legislation to address the negative effects of the pandemic.

It comes as research from the Institute for Public Policy Research (IPPR) and Runnymede Trust concluded that the higher risk of death from COVID-19 among minority ethnic groups could not be explained by differences in underlying health conditions, but rather unequal social conditions, unequal access to healthcare and “structural and institutional racism”.

Calling for “urgent action” to better protect ethnic minority communities from the second wave, the report said ethnicity must be considered as an independent risk factor, alongside age, gender, occupation and underlying health conditions, when deciding priority for limited COVID testing.

Parth Patel, research fellow at the IPPR, said addressing the “stark” inequalities was a matter not only of racial justice, but also of public health, adding, “We are now experiencing the second wave of this dangerous virus, and once again it is running along racist grooves. Yet many months after the unequal impacts first began to emerge, little or nothing is being done to address them."

Dr. Halima Begum, director of the Runnymede Trust, noted “urgent action” must be taken to address the “injustices and inequalities” in the way coronavirus is affecting different groups.

“This means including ethnicity as a risk factor in prioritising COVID-19 testing, and providing temporary isolation and pay support so that, on testing positive, people can at a bare minimum self-isolate safely and effectively,” she added.

A number of reports have found people from minority ethnic communities have been worse affected by the pandemic than their white counterparts. In mid-June, a group of health experts writing in the Journal of the Royal Society of Medicine said ethnic minorities and migrants were being disproportionately harmed by the pandemic response.

They stated many migrant groups – especially those without documents – were less likely to seek help or may seek help later once the disease has progressed.

A study commissioned by London mayor Sadiq Khan at the start of this month meanwhile found that Black people were at almost twice the risk of dying from COVID-19 than white people.

Chai Patel, legal director at the Joint Council for the Welfare of Immigrants, said the government’s “hostile environment” policies – which require NHS staff to check patients’ immigration documents before they receive medical care – were contributing to the excess deaths of ethnic minorities during the pandemic.