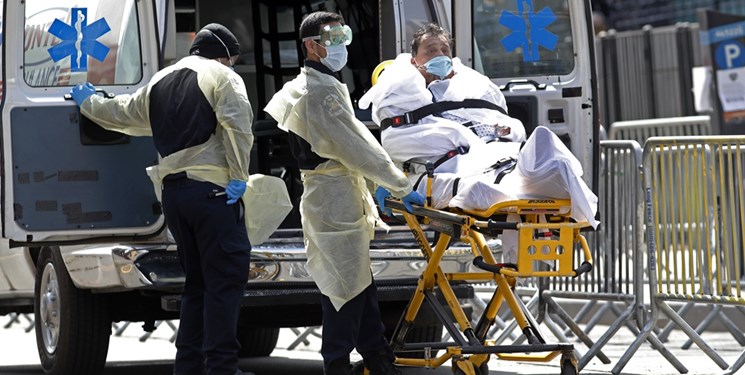 TEHRAN (FNA)- The former commissioner of the US Food and Drug Administration (FDA) said the US is entering the 'biggest wave' of the coronavirus pandemic.

Dr Scott Gottlieb, who ran the agency from May 2017 to April 2019, said the increasing numbers of cases and hospitalizations present a huge challenge to the country without a vaccine.

"We're going to have to endure this wave of spread right now," he said on CBS's Face the Nation on Sunday.

"And it's probably likely to be the biggest wave that we endure without the benefit of a vaccinated population," he added.

Gottlieb told host Margaret Brennan that 42 states are seeing a rise in the number of hospitalizations and 45 states are experiencing growing epidemics.

According to the COVID Tracking Project, a little more than 37,000 coronavirus patients were hospitalized as of Wednesday.

While that number is well below the peak of about 60,000 in April, it is the highest figure seen since August.

"There's really no backstop against the spread that we're seeing," Gottlieb said.

The former commissioner said it is alarming to see the uptick despite several states keeping mitigation measures in place such as mask mandates and social distancing.

"If we weren't taking those steps, if people weren't wearing masks generally and some states weren't adhering to some mitigation tactics and we weren't testing and tracing, then we'd have much worse spread," he said.

The rise comes as the US prepares to vote in the November 3 presidential election - just two weeks away.

More that 18 million Americans have casted their ballots already, but many are preparing to vote in person.

Gottlieb says it is safe to go to polling places as long as people wear high-quality face coverings such as a surgical mask or an N95 mask.

President Donald Trump, who is campaigning for reelection, has been holding large rallies with thousands in attendance - and most not wearing masks.

Gottlieb said this is "problematic" and criticized the White House's response to the pandemic.

"They say testing should be reserved just to the vulnerable. They want businesses and schools reopened, as we all do, and they're against targeted mitigation like closing restaurants," he said.

"There was criticism of New York when New York kept the restaurants closed. So it begs the question, what is the strategy? And I think the strategy is just to endure the spread until we get to that vaccine," Gottlieb said.

Dr Anthony Fauci, the nation's top infectious disease expert, has said that a vaccine will likely not be available to the general public until spring 2021.