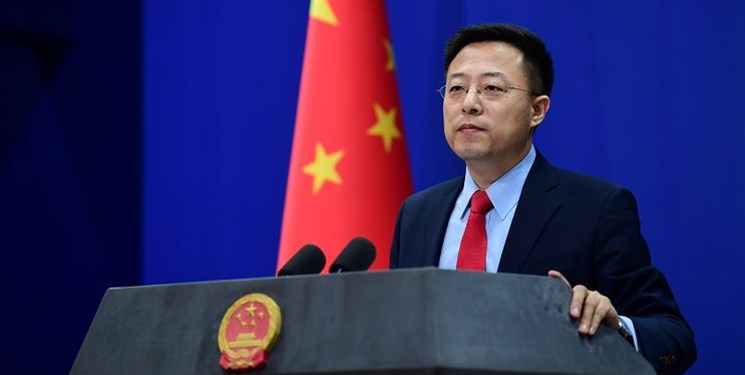 TEHRAN (FNA)- US Secretary of State Mike Pompeo is “smearing” normal economic and trade ties between China and other countries, Beijing announced.

The comments on Tuesday by China’s Foreign Ministry Spokesman Zhao Lijian came after Pompeo warned during a virtual summit on increased US-Brazil cooperation on Monday that the two allies needed to reduce their dependence on imports from China for their own security, presstv reported.

When asked to comment on Pompeo’s remarks, Zhao said during his daily press briefing that some US politicians were trying to “sow discord”, without referring to Pompeo by name.

He further insisted that cooperation between China and Brazil was durable and had broad support in both countries.

Pompeo had said, “To the extent we can find ways that we can increase the trade between our two countries, we can… decrease each of our two nations’ dependence for critical items” coming from China.

He stressed the importance of expanding bilateral economic ties given what he referred to as the “enormous risk” stemming from Beijing’s significant participation in their economies.

“Each of our two peoples will be more secure, and each of our two nations will be far more prosperous, whether that’s two or five or 10 years from now,” he added.

The remarks came as the hawkish Donald Trump administration is trying to boost ties with Brazil in a bid to provide a counterweight to its arch-rival China.

Despite the desire of Brazil’s far-right President Jair Bolsonaro to follow suit, he is constrained by China being the South American nation’s largest trade partner, which buys much of its soy and iron ore.

At the summit organized by the US Chamber of Commerce, Bolsonaro announced three accords with the US to ensure good business practices and halt “corruption”, Reuters reported.

“In the last year and a half, together with President Trump, we have elevated Brazil-US relations to its best moment ever, and opened a new chapter in the relationship between the two largest economies and democracies in the hemisphere,” he proclaimed.

According to the report, however, senior US Democratic lawmakers censured the Trump administration for increasing trade cooperation with Bolsonaro’s far-right government despite its “abysmal record” on human rights, the environment, and corruption.

“Giving President Bolsonaro ammunition to claim that the United States endorses his behavior sullies our nation’s reputation as a country that demands our trade partners respect human rights and the rule of law,” noted US House Ways and Means Committee Chairman Richard Neal.

Meanwhile, Pompeo is due to visit Sri Lanka and the Maldives this month, officials of both Indian Ocean countries announced on Tuesday, as Washington further seeks to counter Beijing’s growing influence in the region.

The top US diplomat will hold two-way talks in Colombo on October 28, according to Sri Lanka’s Foreign Ministry spokesman, who did not elaborate.

“Incoming visits of official foreign delegations will be announced once a visit is scheduled and confirmed,” the Maldives’ the foreign ministry announced in a statement.

But Reuters cited two people familiar with the trip’s arrangements as saying that Pompeo was likely to stop in the Maldives’ capital of Male for several hours on the same day.

The development came as the US’s Seventh Fleet announced on Tuesday that Japan and Australia had joined American forces to conduct trilateral naval drills in the South China Sea on October 19.

It was their fifth joint operation this year in the fleet’s area of operations, it added in a statement.

The US has been provoking China by conducting operations in the South China Sea, on much of which China exercises sovereignty.