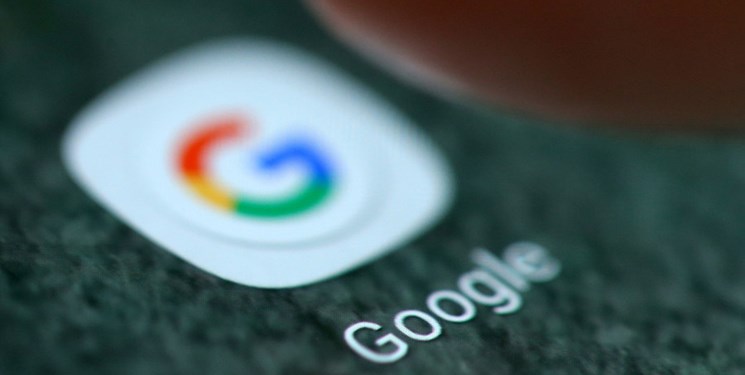 TEHRAN (FNA)- The Department of Justice (DOJ) on Tuesday charged Google with illegally maintaining a monopoly on search and search advertising, teeing off a legal battle likely to take years and send shockwaves across Silicon Valley.

The lawsuit, filed in District of Columbia federal court, is the first to result from a yearlong investigation into concentrations of economic power in the online economy, The Hill reported.

The DOJ argues that Google has entered into exclusionary contracts with phone makers to preload its search engine onto devices using Alphabet’s Android operating system.

Those contracts have allowed Google to maintain a monopoly while stifling competition and innovation, the suit contends.

It also accuses Google of using profits from that monopoly to buy preferential treatment for its search engine on web browsers, including Safari.

Estimates of Google’s control of the market for online searches range from 80 percent to 90 percent, resulting in tens of billions of dollars in annual revenue.

The parallels between this case and the one brought against Microsoft in 1998 are clear: Both challenge the use of pre-installations and exclusive contracts to boost a product.

“It is almost to a T, a mirror of the case against Microsoft,” Sarah Miller, co-director of the American Economic Liberties Project, told The Hill.

In that case, a court ordered Microsoft be broken up into two separate companies, but the tech giant avoided that fate after a successful appeal.

The Federal Trade Commission investigated whether Google had abused its search market power nearly a decade ago, but the five-person commission voted not to bring a case in 2013.

The attorneys general of New York, Colorado, Iowa, Nebraska, North Carolina, Tennessee and Utah stated shortly after the case was filed that a bipartisan investigation into Google will continue.

“We appreciate the strong bipartisan cooperation among the states and the good working relationship with the DOJ on these serious issues,” they said in a statement, adding, “We plan to conclude parts of our investigation of Google in the coming weeks. If we decide to file a complaint, we would file a motion to consolidate our case with the DOJ’s.”

If other states do join the case, they could incorporate antitrust concerns related to preferential results and Google’s dominance in the ad tech space.

“Google is in this very powerful position where they represent both buyers and sellers of advertising online, and they also own the auction space where the buyers and sellers come together to make their bids and make their decisions,” Public Knowledge’s competition policy director Charlotte Slaiman told The Hill, noting, “That gives Google the opportunity to very powerfully preference itself and its customers and keep everybody else in the dark.”

Deputy Attorney General Jeffrey Rosen led the case, although according to multiple reports, Attorney General William Barr was very involved in the investigation and pushed for it to be released before the upcoming election.

The DOJ calls for the court to decree that Google acted unlawfully to maintain its search monopolies in violation of Section 2 of the Sherman Act and enter “structural relief as needed”.

“Nothing is off the table, but the question of remedies is best answered by the court after it's had a chance to hear all the evidence regarding our clients,” Ryan Shores, associate deputy attorney general, told reporters.

That “structural relief” could include aggressive action like compelling a spin-off of Google’s Chrome web browser or its Android business, according to Sally Hubbard, director of enforcement strategy at the Open Markets Institute.

“I was thrilled to see that they put structural relief in … it was definitely not a given under a Republican administration,” she told The Hill, stating, “We’re just too far along to rely on any kind of behavioral conditions to remedy these problems.”

The company’s chief legal officer Kent Walker argued in a blog post that the lawsuit “would artificially prop up lower-quality search alternatives, raise phone prices, and make it harder for people to get the search services they want to use”.

Company representatives stressed in a call with reporters Tuesday that there is plenty of competition in the search market and that their contracts with devices and web browsers do not exclude other options.

The lack of bipartisan sign-off and timing of the lawsuit close to the election have raised flags for some observers.

Alex Harman, a competition policy advocate at Public Citizen, called the suit “nothing more than a thinly veiled political stunt”.

“The [Donald] Trump DOJ’s narrow focus and alienation of the bipartisan state attorneys general is evidence of an unserious approach driven by politics and is likely to result in nothing more than a choreographed slap on the wrist for Google,” he said.

“This will be a missed opportunity to bring about a structural reckoning with one of the most powerful and wealthy companies in the world so that Trump and Barr can score political points,” he added.

Hubbard and Miller contested that framing though, pointing to other antitrust efforts aimed at Big Tech as evidence of a growing bipartisan consensus.

The lawsuit comes two weeks after Democratic lawmakers on the House Judiciary Committee released a lengthy report on competition in digital markets that accused Google of controlling a monopoly over online search and the ads that come up during search.

“A significant number of entities — spanning major public corporations, small businesses and entrepreneurs — depend on Google for traffic, and no alternate search engine serves as a substitute,” the report read.

Sen. Elizabeth Warren (D-Mass.), who popularized the idea of breaking up big tech companies during her presidential run, praised the investigation while warning about Barr’s role in it.

“Two things can be true at the same time: Bill Barr is a corrupt Trump crony who should not be the Attorney General and the Justice Department has the power to pursue a legitimate, long-time coming suit against Google for engaging in anti-competitive, manipulative, and often illegal conduct,” she announced in a statement to The Hill.

“This is the most significant antitrust action by the United States government in a generation,” he told reporters.