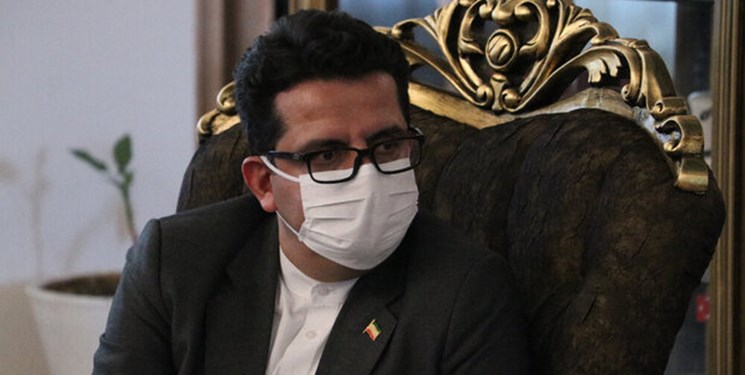 TEHRAN (FNA)- High-ranking Iranian and Azeri officials conferred on avenues to bolster relations and cooperation between the two countries, specially in trade and economy.

The meeting was held on Wednesday between Iranian Ambassador to Baku Seyed Abbas Mousavi and Azeri Economy Minister Mikayil Jabbarov.

Both sides reviewed the latest status of economic relations and ongoing projects as well as barriers to trade and investment between the two countries.

The officials further discussed facilitating the travel of traders and investors in the current situation, supporting Iranian companies, the latest developments related to the signing of a preferential trade agreement and the joint industrial town and the transshipment of Iranian goods during the meeting.

In a relevant development in September, Mousavi and Azeri Deputy Prime Minister Shahin Mustafayev in a meeting had also underlined the need to develop mutual cooperation, specially in economic fields.

During the meeting, the two sides reviewed the latest situation in bilateral relations, in particular the fields of economy, trade and joint projects.

Earlier in September, Joint Technical Commission of Iran and Azerbaijan Republic reviewed the two countries’ cooperation in the field of electricity in a virtual meeting.

The online meeting dealt with the process of construction of 'Khoda-Afarin' and 'Qiz Qala'si dams by the two countries on Aras River.

Both sides discussed the budget envisaged for the construction of the dams and the installation of the equipment required for these dams.

The agreement on the construction of Khoda-Afarin and Qiz Qala'si dams and power plants was signed by Azerbaijan and Iran in Tehran in 2016 and approved by the two countries' parliaments.