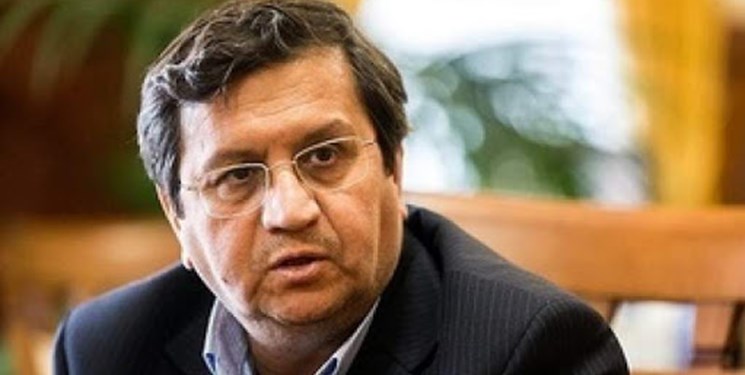 TEHRAN (FNA)- Governor of Central Bank of Iran (CBI) Abdolnasser Hemmati once again asked the International Monetary Fund (IMF) to defy the US sanctions and grant the emergency loan requested by Tehran for campaign against the coronavirus outbreak.

Hemmati made the remarks on Wednesday, addressing the governors of the central banks of the member-states of the Middle East and Northern Africa (MENA) via video conference.

"It is expected from the IMF to quickly and without any discrimination and without being influenced by political lobbying or pressures from other countries, including the US," Hemmati said, referring to Iran's request for receiving emergency loans from the IMF.

He emphasized that the COVID-19 disease has harmed many countries and Iran has suffered more than many countries, and said, "Despite the severe sanctions of the US and the difficult situation that the country is facing, Iran has managed to contain this issue and make progress with its economic policies."

Hemmati said the present situation has made many world countries face budget and liquidity problems and Iran is not an exception.

"Iran managed to take suitable measures by relying on its legal sources, but the problem is that the illegal US sanctions have deprived Iran of gaining access to its resources in the absence of any acceptable logic," he added.

Hemmati had also in April urged the IMF to resist US pressures and approve his country’s application for financing to help curb the coronavirus.

“The last time I checked, it’s not the United States running the IMF, but its management and the board of governors who oversee the work and ensure that the IMF delivers on its mandate,” Hemmati said.

“We have lost so many lives, as the Americans and Europeans have lost,” he said, appealing directly to the IMF Chair and Managing director Kristalina Georgieva, “The time to act is now,” he added.

According to Hemmati, US sanctions and its decision to add the Iranian central bank to its list of “specially designated nationals and blocked persons” in September 2019 prevent Iran from accessing its own money, which would be “more than enough” to cover the 10 billion-euro shortfall.

In relevant remarks on April 9, he said that the IMF should speed up the process to study Tehran’s request for an emergency loan to fight against the coronavirus, without being influenced by Washington’s opposition.

“We expect the IMF to immediately respond to the request of Iran which itself is a founding member of the Fund,” Hemmati wrote in a post on his Instagram page.

He added that the IMF is expected to consider Iran’s request for a $5 billion loan under its Rapid Financing Instrument (RFI), a mechanism which is available to all member countries facing an urgent balance of payments need.

The chief banker said he had sent a letter to IMF president on April 8 to emphasize the issue and to reiterate that Iran needs the funding to finance a current nationwide fight against the new coronavirus epidemic.

Hemmati expressed hope that the IMF would think about its position as a prestigious financial institution in the world and does not allow Washington to try to tarnish the image of the organization in the current “historic” situation.

The Iranian health ministry announced on Thursday 5,471 new cases of coronavirus infection have been reported across the country during the past 24 hours, adding that a total number of 550,757 patients have been identified since the first case was identified last February.

"5,471 new patients infected with COVID-19 have been identified in the country based on confirmed diagnosis criteria during the past 24 hours,” Iranian Health Ministry Spokeswoman Sima Sadat Lari said on Thursday, and added, "2,242 patients have been hospitalized during the same time span.”

She added that the total number of COVID-19 patients has increased to 550,757.

“Unfortunately, 304 patients have lost their lives in the past 24 hours, increasing the number of the dead to 31,650,” the spokeswoman noted.

Lari expressed satisfaction that 442,674 coronavirus patients have recovered or been discharged from hospitals so far.

The spokeswoman further said that 4,895 cases infected with COVID-19 are in critical conditions.

She went on to say that 4,628,866 coronavirus diagnosis tests have so far been conducted across the country.

Lari warned that 31 provinces are still in red condition or the status of alert.