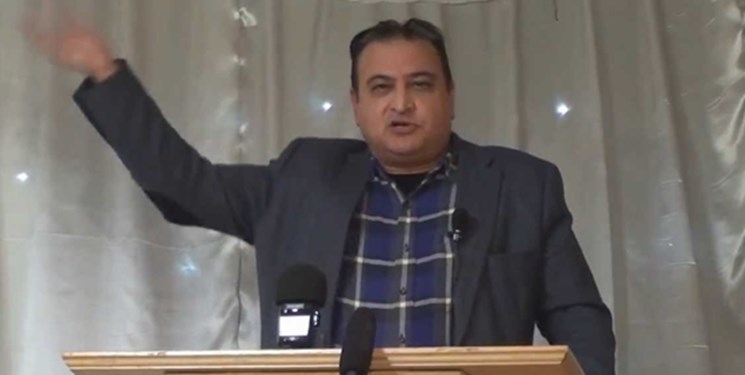 Speaking in an interview with FNA, Jahangir Mohammed said, “The foundation of Western civilization is built on white European racial supremacy… They want the freedom to demonize and hate Islam and Muslims because they have not yet learnt to accept that Muslims are their equals.”

He also criticized the French government for its avoidance of condemning Charlie Hebdo’s move to reprint the Islamophobic cartoons, and said, “France and Macron have a different attitude to other communities. Freedom of expression against others is considered hate and racism, defamation, or a threat of disorder. Muslims are not considered as French or equal, so what is considered hate/racism against others, is considered freedom of speech against Muslims.”

Jahangir Mohammed further pointed out that the French constitution bans certain expressions such as denying historical crimes, but the government puts it into practice only when there is a political will such as prosecution of people for making anti-Israel comments, or those who call for boycotts of goods from Israel (BDS).

Jahangir Mohammed is the director of the UK-based Center for Muslims Affairs. He has been active in defending Muslims rights around the world. He has extensively written on Muslims’ affairs and violation of their rights.

Q: How do you view Charlie Hebdo’s insistence on publishing blasphemous cartoons of Islam’s prophet?

A: It first published racist cartoons of Islam’s Prophet on 9 February 2006, in response to terrorist attacks in Europe. Twelve cartoons from the Jyllands-Posten Muhammad cartoons controversy with some of their own were reprinted. The sales circulation of magazine nearly doubled (160,000 compared to 100,000, with reprint of another 150,000). In 2011 there were attempts to firebomb its offices, and it again printed cartoons. It also then printed more cartoons in 2012. This resulted in the January 2015 politically motivated attacks on its offices by some Muslims, in which 12 people died including its editor.  After the attacks, it once again published racialized depictions of the Prophet (3 million copies). These cartoons would be considered racism, demonization and hate against any other people. Recently it again republished the old cartoons prior to the trial of those who it alleged were involved in the 2015 attacks. The cartoons link contemporary political violence to our holy Prophet who has nothing to do with today’s wars. This is typical of historical European Crusader anti-Islam demonization, which sought to blame Muslim defensive wars on Islam and its Prophet. It is a resurrection of Islam hatred in modern form, in the name of “liberal progressivism”.

Q: French President Emmanuel Macron refused to condemn Charlie Hebdo’s move in the name of freedom of expression. What is your take on his stance?

A: France and Macron have a different attitude to other communities. Freedom of expression against others is considered hate and racism, defamation, or a threat of disorder. Muslims are not considered as French or equal, so what is considered hate/racism against others, is considered freedom of speech against Muslims. There is no such thing as absolute freedom of speech in French law or its constitution. Articles 10 and 11 of its constitution limit freedom of speech, as do hate and discrimination laws, and these have been used when there is a political will. In fact, the defamation laws protect the army, the navy, courts, government officials, politicians, and the President from the type of insinuations, defamation, made in the cartoons against our beloved Prophet. French law also prevents disrespecting the French flag. It is also unlawful to deny historic crimes such as the holocaust or to that against the Armenians Christians. They have also recently prosecuted those who merely call for boycotts of goods from Israel (BDS) and for anti-Israel comments.

Q: Do you believe anti-Islamic policies and Islamophobic acts are becoming a new normal in the West?

A: The foundation of Western civilization is built on white European racial supremacy. Their history and experience of the Crusades and Colonialization has deeply embedded these attitudes in academia, their institutions, and politics. Once it was the established Church and writers and travelers who reinforced the demonization against Islam and Muslims. The French were cultural supremacists in that they forced Muslims under their rule to adopt their language, dress like them, and adopt their culture, values, and politics. The British were more sophisticated on these matters. The political and intellectual elites in the West in general, and France in particular, have not moved much beyond their hatred of Islam and Muslims and attitude of supremacy. They have not engaged in a critical self-reflection of their history and tolerance of others. For them the freedom of expression argument is merely a fig leaf for a continuation of their past encounters/history with Islam and Muslims. They want the freedom to demonize and hate Islam and Muslims because they have not yet learnt to accept that Muslims are their equals. For them the Arab, Iranian, Turkish, Asian and Chinese and their civilizations and culture are not their equal.