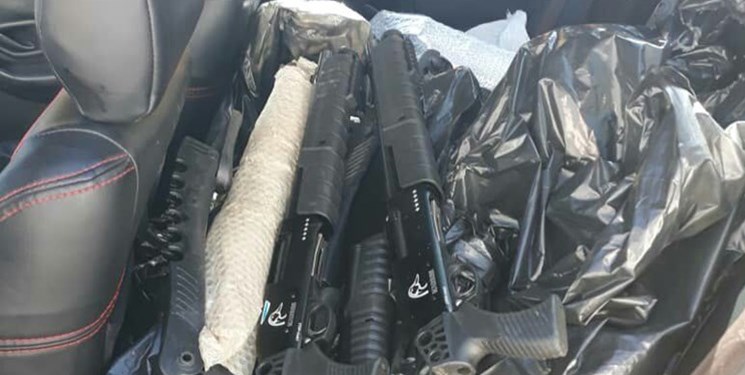 TEHRAN (FNA)- The Islamic Revolution Guards Corps (IRGC) discovered and seized a large number of smuggled guns in Fereidounkenar city in the Northern province of Mazandaran.

Commander of the Basij (volunteer) forces of Fereidounkenar city in Northern Iran Mohammad Barmar made the announcement on Sunday afternoon, saying that the weapons were seized during special operations in cooperation between the Judiciary and the IRGC security forces.

Eearlier this month, a senior advisor to Iranian intelligence minister warned of enemies’ plots to arm people in the country with smuggled weapons to foment insecurity.

Late last month, the border guards forces in the town of Qasr-e Shirin in Kermanshah province, Western Iran, discovered and seized weapons smuggled into the country.

An informed source told FNA that the border guards of Qasr-e Shirin started intelligence operations after receiving reports on an arms cargo possibly destined towards Iran.

“After several days of efforts, chasing and conducting intelligence operations, the border guards of Qasr-e Shirin border regiment succeeded in seizing a backpack containing 9 pistols with 18 magazines and 9 covers of weapons,” the source added.

In a relevant development in August, Iranian border guards in the Western province of Kermanshah discovered and seized tens of US-made rifles from smugglers.

“After receiving tips on a possible transit of a weapons and ammunition cargo by smugglers into the country, a team of border guards and intelligence forces at Salas Babajani border area were immediately sent to Chafteh border checkpoint (in Kermanshah province),” an informed source said.

The source added that the border guards traced the smugglers with the help of electro optical equipment as they were crossing the borderline, noting that the smugglers who faced the Iranian forces’ rapid action left the cargo and fled the mountainous region to the other side of the borders.

According to the source, 33 US-made rifles were discovered and seized in the operations.