Trump Mocks 'Sleepy' Biden, for Forgetting Who Is President, Saying We 'Need to Stop Four More Years of George' 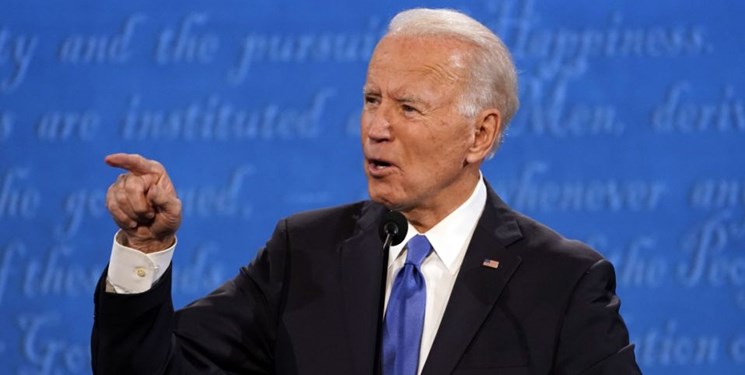 Biden was last night addressing a virtual concert when he said, "Four more years of George, er, George, er, he - we're going to find ourselves in a position where, if Trump gets elected, we're going to be in a different world," Daily Mail reported.

The 77-year-old appeared to receive a prompt from his wife Jill who was sitting beside him, muttering "Trump" under her breath.

Hours later President Trump blasted Biden, tweeting, "Joe Biden called me George yesterday. Couldn't remember my name. Got some help from the anchor to get him through the interview. The Fake News Cartel is working overtime to cover it up!"

The blunder once again raises questions about Biden's mental capacity - a topic Trump has repeatedly referenced in the run-up to the election.

"Who's the president?" Is the line you a doctor would usually ask if you'd had a bang on the head.

The moment was seized upon by Trump War Room, a pro-Trump group which claims to "punch back 10x harder".

On social media, people were dismayed.

"Watch his wife saying Trump under her breath 3 times," said one.

Another remarked, "The look on Jill's face was like 'come on Joe, get the train back on the tracks...'"

Biden and Jill appeared during the star-studded "I Will Vote Concert" which was headlined by A$AP Ferg, Sara Bareilles, Aloe Blacc, the Black Eyed Peas, Jon Bon Jovi and Cher.

It garnered around 12,000 views and was live-streamed on YouTube.

It comes just two days after the former Vice President said during a campaign video, "We have put together, I think, the most extensive and inclusive voter fraud organization in the history of American politics."

This too was seized upon by the Trump campaign, White House Press Secretary Kayleigh McEnany who tweeted, "BIDEN ADMITS TO VOTER FRAUD!"

Earlier on Sunday, Biden, in an interview with 60 Minutes, laughed off Trump's attacks on his mental agility.

"Hey, the same guy who thought that the 911 attack was a 7-Eleven attack?" Biden responded.

"He's talking about dementia?" he said, adding, "All I can say to the American people is watch me, is see what I've done, is see what I'm going to do. Look at me. Compare our physical and mental acuity."

"I'm happy to have that comparison," he said.

He insisted it was Trump - not him - who was losing his grip on reality.

"He's telling people that we've turned the bend, in one of his recent rallies. Well, he's gone - as my grandpop would say he's gone round the bend. I mean, we are in real trouble," he said.

However, Biden was unable to walk away from the interview without mangling his data on public schools.

"I can send every single qualified person to a four-year college in their state for $150 billion," he said.

CBS later said that Biden's advisers later told them he misspoke, and meant to say double that.

The Trump campaign has in recent months turned up the heat on its claim that Biden's mental capacity is fading.

At rallies the president has repeatedly stated that Biden is "gonzo".

"He's gonzo folks. He's gone. He has no idea, and the people that are running that party are radical far-left maniacs," Trump told a rally in Arizona earlier this month.

The President has joked about Biden ending up in a care home during his tenure and the office being taken over by his running-mate Kamala Harris.

A campaign advert in August asked, "Did something happen to Joe Biden?"

Biden, who would be the oldest ever president, has denied the accusations against him saying that he is "constantly tested".