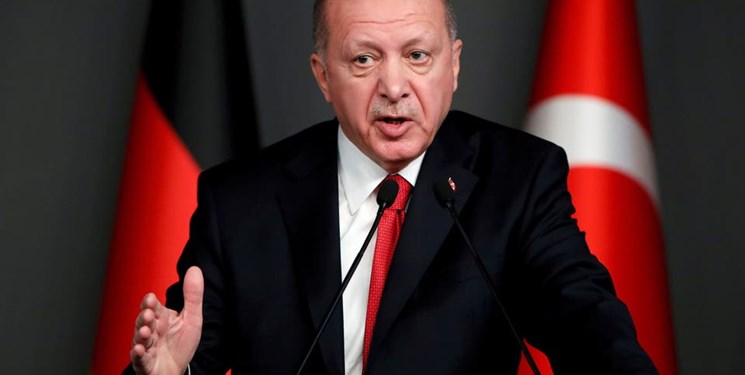 TEHRAN (FNA)- In an escalation of the row between France and Turkey over Paris tolerating and encouraging Islamophobia, Turkey’s president on Monday called for a sweeping public boycott of French-made goods.

"I call on our people to never buy French products," Recep Tayyib Erdogan said at the opening ceremony of a week in the capital Ankara honoring the birth of the Prophet Mohammad (PBUH), insulting cartoons of which in France fed the row, Anadolu news agency reported.

Decrying rising Islamophobia in Europe, he said hostility to Islam and Muslims has become state policy in some European countries, a policy which enjoys support at high levels.

Addressing his fellow world leaders, he urged, "If there is persecution in France, let’s protect Muslims together."

He went on to say that as the European Parliament speaks up on every issue related to Turkey, it would be wrong for it to stay silent in the face of rampant Islamophobia.

Earlier this month, French President Emmanuel Macron described Islam as a religion "in crisis" and announced plans for tougher laws to tackle what he called "Islamist separatism" in France.

He condemned the murder of a French teacher who showed cartoons of the Prophet Mohammad (PBUH) in class, but said France would "not give up our cartoons".

Several Arab countries, as well as Turkey, Iran, and Pakistan, have condemned Macron’s attitude toward Muslims and Islam, with Erdogan saying on Sunday that the French leader needs "mental treatment".

After Erdogan’s remarks, France recalled its ambassador to Turkey.