Empire of Chaos In Decline 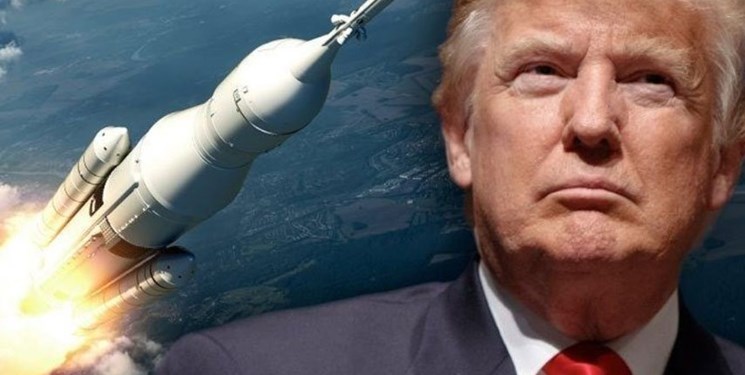 TEHRAN (FNA)- Russian President Vladimir Putin has talked about what he sees as the end of the United States’ world dominance.

President Putin said this week that the era when the US and Russia were the world's superpowers is in the past. Addressing a meeting of the Valdai Discussion Club think tank via a video link, he added, “In terms of its economic weight and political influence, China is actively moving towards the status of a superpower. Germany is moving in the same direction”.

There is no doubt that President Putin is right about America’s decline because of its own geopolitical mistakes and where China and Germany – as well as many other sovereign nations - stand in terms of global economy, politics and culture.

In the midst of all this, therefore, US Secretary of State Mike Pompeo is wasting his time in Indo-Pacific in an attempt to "contain" China in the vast trans-regional space, which is shaping up to be the unofficial policy of the Empire of Chaos elsewhere in the world. In the Trump era, he is unlikely to have much to show to these regional nations, and he won't succeed with his unstated but heavily implied strategic goal.

In India, Pompeo takes part in a meeting between the two countries' foreign and defense ministers. The two sides intend to sign the long-negotiated "Basic Exchange and Cooperation Agreement" (BECA), which will be the third "foundational pact" between their armed forces. BECA will allow India to use the US' geospatial capabilities in addition to facilitating previous military logistical and communications cooperation. All three are supposed to improve the interoperability between their armed forces.

In Sri Lanka, Pompeo discusses the Millennium Challenge Corporation grant that the US plans to offer the island nation. There have also been talks about a new Status of Forces Agreement (SOFA). Both topics are very controversial in Sri Lankan society because of concerns they will make it more difficult for the country to retain its neutral foreign policy in the region.

As in the Maldives, Pompeo seeks to celebrate the defense pact that the two countries clinched in September. He will also try to use economic means to lure the country closer to the US, just like he is trying to do in Sri Lanka.

As for Indonesia, his problem is that the country rejected his request over the summer to host spy planes that planned to surveil Chinese positions in the South China Sea. Pompeo is desperate to prop up relations with the traditionally neutral nation, which is one of the founders of the Non-Aligned Movement, after America's failed attempt to turn it against China harmed the trust that used to characterize their ties. He will also fail to court Indonesia to the US' side, and no significant progress is expected anytime soon.

Taken together, the US' related outreaches to India and the Maldives have succeeded to some extent, whereas they stalled in Sri Lanka and failed in Indonesia. The other trend is the efforts to boost India's standing as a regional "counterweight" to China, which implies supporting its aspirations in the Indian Ocean. This could backfire if they push too hard on nearby Sri Lanka and the Maldives, who seek to further improve their economic relations with China as a counterbalance.

Lastly, the US wants Indonesia to join the Quad. Again, while India is enthusiastically going along with the US' plans with the mistaken expectation that it will improve its regional standing, Indonesia is respectfully declining to do so, preferring instead to remain on equally good terms with China. It can thus be said that their respective choices has left a lasting impact on the Indo-Pacific geopolitics, one which will influence the decision by others not to follow in America’s footsteps. And that’s just in Asia.

Pompeo's anti-China containment mission has also failed in Europe.  Although he scored some tangible success on the technical front, like forcing some European countries to ban China’s Huawei and its 5G technology, he failed to stop many nations like Italy and Greece from Joining China’s Belt and Road Initiative (BRI), the world’s largest infrastructure project. Without Europe on the US' side, it's impossible to contain China and its BRI.

The same is true about America’s political standing at the UN, where it failed to convince the Security Council to scrap the Iran nuclear deal or extend the UN arms embargo. Pompeo launched an onslaught against multilateral institutions at the UN, which included pulling out from the United Nations Human Rights Council (UNHRC), ditching the World Health Organization (WHO), leaving the Joint Comprehensive Plan of Action (JCPOA) and a litany of other illegal actions.

There have been routine violations of international laws and norms coming from Washington under Trump, but these are not unique to this particular administration.

The previous US administrations similarly pulled out of the United Nations Educational, Scientific and Cultural Organization (UNESCO). They also repeatedly ignored the outcome of an International Criminal Court (ICC) case that found the US violated international law through military aggression in the Middle East. The Trump administration also went so far as to sanction ICC prosecutors investigating crimes against humanity by American troops in places like Afghanistan, Iraq and Syria.

All this and more serves as further evidence that the Empire of Chaos is indeed in decline on multiple fronts, and that it can no longer paint itself as a moral leader in a globalized world where multilateralism and the fundamental norms of international law prevail. Trump and his top diplomat are unable to understand this. They are completely unaware and clueless, which only speaks volumes about President Putin’s rhetoric about how deep and permanent the international decline and political rot have become for the US.

In the prevailing environment, we shouldn't be surprised if in the dying days of the election we heard presidential nominee Trump saying he also plans to forfeit America’s permanent seat at the United Nations Security Council and move the UNSC headquarters from New York if he wins re-election.

Lest we forget, Albert Einstein once said two things are infinite: the universe and human stupidity; and I'm not sure about the universe.