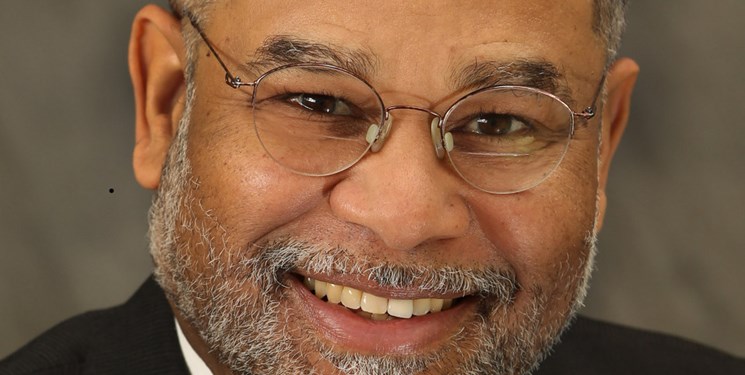 TEHRAN (FNA)- Wilmer Leon, political scientist, says the US police have grown from Slave Patrols and Night Watches throughout the history to become servants of white supremacists to protect them from the “others”.

Speaking in an interview with FNA, Dr. Leon said right-wing groups, such as the Tea Party, The Proud Boys and the Boogaloo Bois, have achieved popularity, while the Black Americans “from the Virginia Slave Codes of the 17th century to the US Constitution to today, the struggle as formerly enslaved Africans in North America has always been and continues to be for the recognition of their humanity. They continue to struggle to simply be accepted as human beings!”

Wilmer J. Leon, III, Ph.D, is a political scientist whose primary areas of expertise are black politics and public policy. He hosts a radio show which is broadcast all over the US.

Q: Across the United States, there are people, mainly whites, holding their guns claiming to protect peace, against the anti-police brutality protesters. How do you view that?

America is to a great degree experiencing a culture war. One of the factors that contributed to the election of Donald Trump as president was the election of Barack Obama as the first African American president. Organizations such as the Tea Party, The Proud Boys and the Boogaloo Bois have gained in popularity as many white Americans feel that they are losing their country to the interests of minorities.

Q: Why do you think white supremacist groups are out on the streets pretty much close to the election?

A: Their presence on the streets so close to the presidential election will not have a significant effect on the outcome of the African American vote. As stated earlier, African Americans have been dealing with the threats and actions of these racist domestic terror groups since the first enslaved Africans arrived on the shores of the Virginia Colony at Port Comfort, VA in August of 1619. They are not intimidating the African American community. There may be an intimidating effect on some in the Latino community who might equate the presence of whites with guns with immigration enforcement.

I believe Trump saying to the Proud Boys “stand back and stand by” was more of a call for them to wait until after the election and take action if the results are not to his liking. They of course are promising to “stand up”, no matter what the outcome.

Q: In case a racial civil war takes place, who do you think would be to blame?

A: White America will be to blame if a racial civil war takes place. America was founded and built upon racism and it has been unable to come to grips with its racist past and has never made amends with its victims and/or their descendants.

From the Virginia Slave Codes of the 17th century to the US Constitution to today, the struggle as formerly enslaved Africans in North America has always been and continues to be for the recognition of their humanity. They continue to struggle to simply be accepted as human beings!

America elected a man as its president who called for the execution of five young African American and Latino men accused of rape, who were later shown to be innocent. He embraced “birtherism,” the false charge that President Barack Obama was not born in the United States. He called Mexican immigrants “drug dealers, criminals, rapists”. Trump is rude, crass, unartful and ignorant. He is a racist who speaks to the racist heart of America. If a racial civil war takes place, it will be America being America.