Report: Rural Homelessness in England Rises by 115% in Past Two Years 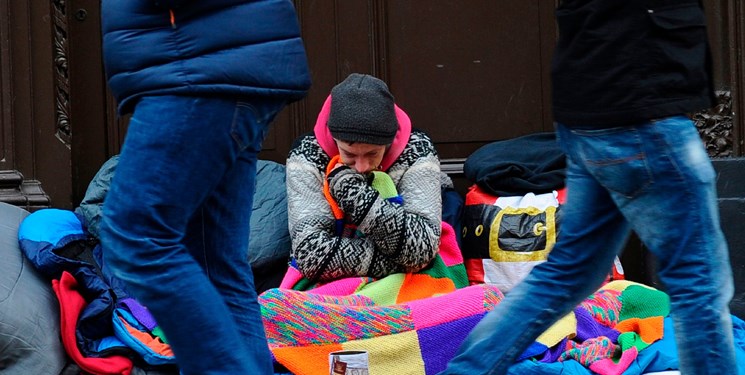 TEHRAN (FNA)- Homelessness in rural areas in England has more than doubled in the last two years, according to analysis published as campaigners warn of planning reforms likely to worsen the situation.

The number of households categorised as homeless in rural local authorities in England rose to 19,975 – an increase of 115% from 2017-18 – according to the countryside charity CPRE, and the Rural Services Network, which represents many parish councils and other countryside organisations, The Guardian reported.

The rise in numbers of households owed homelessness relief by councils, according to government figures, has been greatest in the North-East and North-West of England but an increase has happened in all areas.

One woman in Essex told The Guardian she was forced to live in a horse box for a month when she lost her home. A nursing assistant in Surrey stated she was told she and her three children may have to wait up to five years for an affordable property.

Increase in homelessness in rural areas is greater than that occurring in towns and cities, and rural councils fear the housing shortage in the countryside could soon worsen.

Local authorities have predicted a potential reduction in affordable house construction by up to 50% if the requirement to build them switches to applying to sites with more than 40 or 50 homes rather than just 10 homes. The change could arise under the government’s proposed alterations to the planning system

Crispin Truman, chief executive of CPRE, said key workers were being priced out of rural areas by high rent in the private sector, adding, “Tragically, rural homelessness continues to soar. Continuing to deregulate the planning system will only make this situation worse."

“Instead, investing in rural social housing now would deliver a boost to the economy at a time when this is so desperately needed. The evidence is crystal clear that this is the best way to provide affordable homes for rural communities – especially the key workers whom communities rely on now more than ever – while at the same time jump-starting the economy,” Truman continued.

While many people owed homelessness relief are given temporary accommodation while their situation is resolved “rough sleepers” in the countryside include people camping in woods or staying in cars and outbuildings who are not counted in the government surveys, which are based on snapshot counts.

The CPRE has calculated that at current social housing build rates it could take more than 150 years to clear rural housing waiting lists.

Home has meant dramatically different things to Andrea Warden in recent years. At best the 56-year-old farm worker from rural Essex has enjoyed family life in a three-bedroom farmhouse with chickens and a fishpond. At the worst she has lived in a horse box and in a mouldy converted shed.

The tough times were triggered by redundancy from her job managing a farm and stables. She lost her home and due to the shortage of cheap housing “there was nowhere to go”. A friend offered her the old groom’s quarters in a stable block, but that did not last long. An £850 deposit on one rental property was never returned and her prospects worsened.

“By this time I was manically depressed,” she said, adding, “I lived in my horse box for about a month on a farm. It was demoralising. I had to sell most of my furniture. I had lived in a beautiful farmhouse for 16 years which I had done up and spent money on, and then I had nothing.”

She stated she had also lived in a mobile home and a shed that was so damp it made her ill.

It was very difficult to find decent housing in the countryside, she said.

She was on a housing association waiting list and in January this year was told of a one-bed home that had become available.

“I burst out crying on the phone,” she stated.

A government spokesperson stated, “Our proposals for the planning system will bring in a new, simpler levy that ensures developers deliver at least as much affordable housing as today, and our new £11.5bln affordable homes programme – the biggest investment in a decade – will deliver up to 180,000 new affordable homes across the country, including in rural areas.”