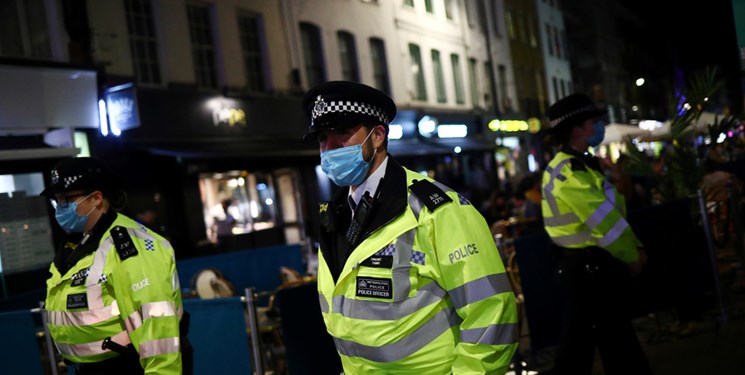 TEHRAN (FNA)- The Metropolitan police force has been getting its use of stop and search wrong with multiple errors that have undermined its legitimacy, the police watchdog found.

The Independent Office for Police Conduct said police in one case stopped and searched two black men who were innocently fist bumping, because officers wrongly thought they were drug dealing, The Guardian reported.

The IOPC made 11 recommendations for the Met, Britain’s biggest force, for reform of its policies.

“There is clearly much room for improvement,” it added.

The watchdog’s report is an embarrassing set of findings for the Met, which has been plagued by claims of racial and bias, and whose leadership has dismissed claims that its tactics and approach have been damaging community confidence.

The report comes after official figures released on Tuesday showing that across England and Wales black people were nine times more likely to be stopped by police than white people.

The Met is the biggest user of stop and search of any British force, responsible for almost half of all the police stops carried out in England and Wales. All officers must have reasonable grounds to suspect unlawful activity before carrying out a stop.

The IOPC reviewed five stop and search complaints as the basis for its review.

The watchdog concluded, “The legitimacy of stop and searches was being undermined by a lack of understanding about the impact of disproportionality, poor communication, consistent use of force over seeking cooperation, the failure to use body-worn video from the outset ... and continuing to seek further evidence after the initial grounds for the stop and search were unfounded.”

The IOPC questioned the Met’s frequent use of handcuffing people it stopped, who often were found to be innocent. It found breaches of police practice, with officers using an alleged smell of cannabis as a sole ground for a stop, which they are not supposed to do.

The IOPC London regional director, Sal Naseem, said, “We are concerned that confidence in the MPS [Metropolitan police service] particularly with black communities across London being affected by how officers undertake stop and search."

“We saw a lack of understanding from officers about why their actions were perceived to be discriminatory. We recommended the MPS takes steps to ensure that assumptions, stereotypes and bias (conscious or unconscious) are not informing or affecting their officers’ decision making on stop and search,” Naseem continued.

Naseem added, “Our review included scenarios where two black men fist bumping were suspected of exchanging drugs, and also where a black man in possession of someone else’s credit card was suspected of having stolen it even after providing a credible explanation."

“In two investigations the smell of cannabis formed the sole grounds given for the stop. Not only is this counter to policing practice, it undermines the legitimacy of the stop and search," Naseem announced, noting, “Handcuffs were also used in nearly all instances where the use of other tactics could have de-escalated the encounter.”

The IOPC said that in some cases, when officers found their initial reason for carrying out a stop proved unfounded, “rather than ending the encounter, officers found new grounds to continue the search”.

It also found body-worn video was being turned on too late and that despite promises from police over the years the Met needed “to reflect on the impact this kind of decision making is having”.

The IOPC added, “There is also a need to better support officers on the frontline to do their jobs effectively with the right training and supervision.”

The Met has hugely increased its use of stop and search over the past year, following a call from the government to deploy the tactic more to try to reduce violent crime.

The Met has accepted all 11 of the report’s recommendations, which include improving monitoring and supervision, making sure “officers better understand how their use of stop and search powers impacts individuals from groups that are disproportionately affected by those powers”, and better de-escalation.

Andy George, president of the National Black Police Association, said, “I believe operational officers have a genuine desire to protect all communities but they are being let down, time and again by senior officers who defend police actions and deny racial profiling may play a part in the selection of members of the community for searches.

“We must ensure officers are adequately trained and equipped to assess risks and de-escalate situations that can be emotional and traumatic for young people in the community,” he added.

In a statement the Met said, “We believe that stop and search is a vital and legitimate power that protects Londoners and keeps our streets safe by detecting offenders, preventing crime and removing dangerous weapons from our streets."

“We recognise that how the tactic is approached, trained and delivered remains a significant area of concern for communities across the capital and we are committed to ensuring that every encounter is conducted professionally with respect and courtesy. We understand the impact that even a thoroughly professional encounter can have on an individual stopped and searched, and that its impact can resonate more widely with communities,” it added.