US Reports Over 80,000 New COVID-19 Cases, Nearly 1,000 Fatalities as Trump Virus Chief Warns Country May Not Return to Normal Soon 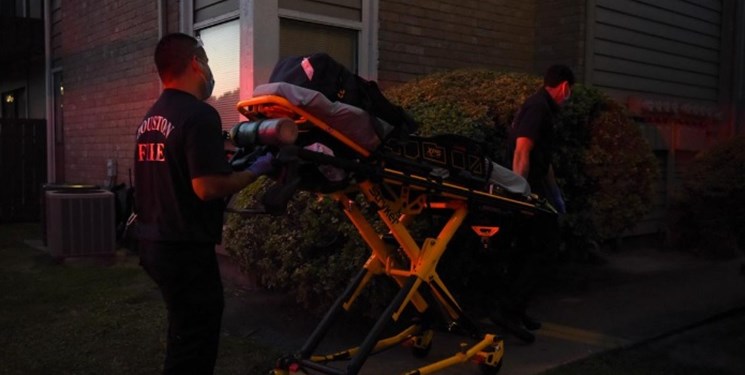 TEHRAN (FNA)- More than 80,000 new cases of coronavirus infection have been identified across the United States during the past 24 hours, while almost 1,000 patients have passed away during the same period.

At least 227,700 people now believed to have died because of the novel coronavirus in the United States, according to data from Johns Hopkins University, as experts warned the next few months will be vital in determining how the nation will cope with the virus pandemic through the fall and winter.

The US has the most COVID-19 deaths in the world, ahead of other nations with high death tolls including Brazil, India and several European countries.

At least three dozen states have reported worrying rises in the number of hospitalized patients, as a relentless raft of new infections pushed the country’s seven-day average of reported cases to its highest level ever. More than 43,000 people are hospitalized, a figure approaching the worst of the midsummer peak.

The United States also remains the nation hit the worst by the COVID-19 pandemic, with the world's highest caseload; Over 8.85 million virus infections.

Dr. Anthony Fauci, director of the US National Institute of Allergy and Infectious Diseases and the nation's top infectious expert, said Wednesday life for many Americans may not return to normal until the end of 2021 or into 2022.

"It will be easily by the end of 2021, and perhaps even into the next year, before we start having some semblances of normality," Fauci stated, adding that the daily spikes in COVID-19 infections across the United States have been "troubling" and the numbers are "speaking for themselves".

He announced that a potential COVID-19 vaccine will not likely be available until next year.

Fauci also told CNBC in an interview Wednesday that the United States is “going in the wrong direction” as coronavirus cases rise in nearly all US states and infected patients overwhelm hospitals across the country.

“If things do not change, if they continue on the course we’re on, there’s gonna be a whole lot of pain in this country with regard to additional cases and hospitalizations, and deaths,” the White House coronavirus taskforce member noted.

Adm. Brett Giroir, assistant secretary of health who leads the government’s testing effort, said Wednesday on NBC’s “TODAY” show that “as the nation did after Memorial Day, we are at another critical point in the pandemic response".

“Cases are going up in most states across the country. Hospitalizations are up, although we’re still tens of thousands of hospitalizations below where we were in July, but that is rising. And we are starting to see the increase in deaths,” he added.

Many public health experts believe the toll would be much lower and the virus under control if the administration of President Donald Trump had taken a firmer grip on containing it fast early in 2020. It was also revealed earlier this month, according to a book by Bob Woodward, that Trump knew by at least early February that the coronavirus was “deadly” but wanted to “play it down”, arguing he did not want people to panic. Opinion polls show the American leader’s handling of the coronavirus pandemic has hurt his re-election prospects.

Over 44.5 million people around the world have been diagnosed with the deadly disease, and almost 1.17 million patients have died, according to the JHU.