Rouhani: US Fails to Make Iranians Bow to Sanctions Pressures 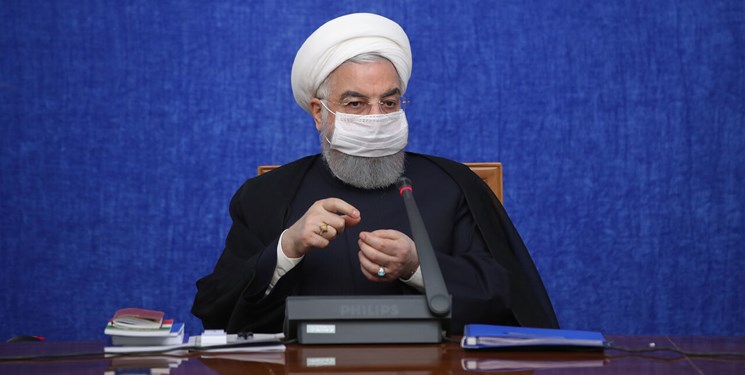 TEHRAN (FNA)- Iranian President Hassan Rouhani stressed that Washington has failed to bring Iranians to their knees, and said that certainly the US is the loser of its vicious plots.

“The sanctions have failed to break us,” the Iranian president said.

He pointed out that nevertheless, the coercive economic measures have failed to force Iran to abandon its developmental projects, and said, "We kept up the projects, and I am certain that our dear people will leave behind these problems."

Rouhani, meanwhile, advised strongly towards national solidarity and against efforts aimed at demoralizing the people.

The US returned its sanctions in 2018 after leaving a historic and internationally-lauded nuclear agreement between Iran and the six world powers.

In a relevant development on Monday, the Iranian Foreign Ministry denounced the United States for its unjust sanctions against the country, describing it as an accomplice of deadly coronavirus.

The ministry wrote on its official Twitter page that Washington has exacerbated the deadly effects of the COVID-19 epidemic with its cruel sanctions imposed on the Iranian nation.

The tweet also assured that the Iranians will overcome the epidemic but they will never forget the US’ behavior.

"Corona's proven deadly, vicious & brutal everywhere, but it's worse in Iran as it has a cruel collaborator: US regime" it added.

The Iranian foreign ministry also said that the US has elevated maximum pressure on Health Terrorism & targeted Iranian ppl w/ inhuman sanx while they're fighting the pandemic.