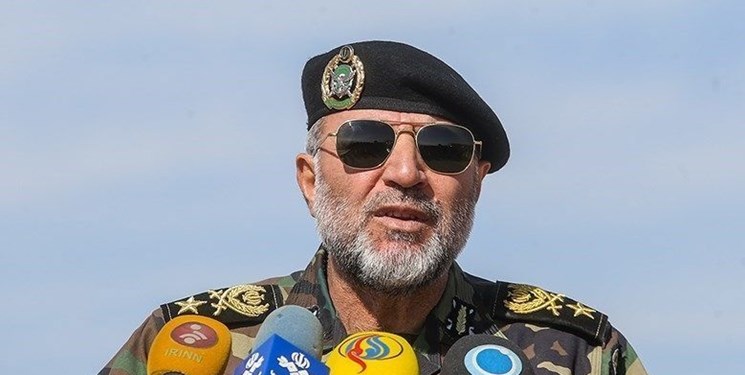 TEHRAN (FNA)- Commander of the Iranian Army's Ground Force Brigadier-General Kioumars Heidari stressed that no danger is threatening the Northwestern border regions of the country.

General Heidari made the remarks while inspecting Northwestern Iranian borders of Jolfa and Khodaafarin across which a conflict is ongoing between Armenia and Azerbaijan Republic over the disputed border area of Karabakh.

"The Iranian Army's forces have been deployed along the borders to fulfill their inherent duty which is protecting borderlines as Iranian redlines," he added.

General Heidari said that the Iranian Army cannot tolerate any threats to the peace and security of border residents.